The latest news in the world of video games at Attack of the Fanboy
May 31st, 2017 by Al McCarthy 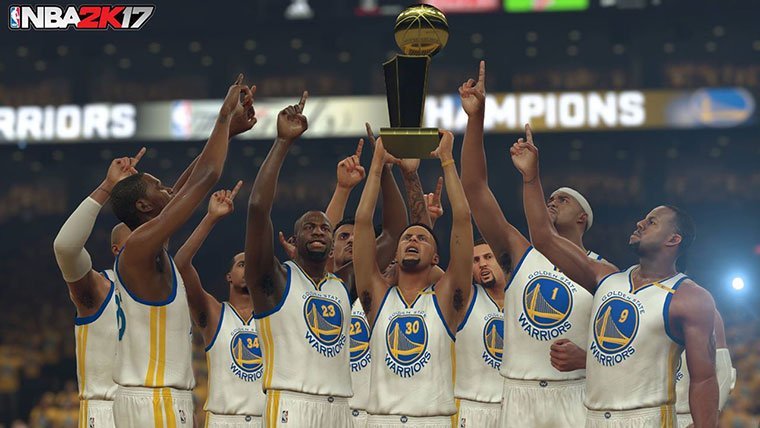 In just about 24 hours the Golden State Warriors and Cleveland Cavaliers will face off in the NBA Finals for the third consecutive year.  This one being the rubber match, if you will.  2015 saw the Warriors win their first title in 40 years.  2016 saw Lebron James lead the Cleveland Cavaliers back from 3-1 deficit to win Cleveland’s first ever NBA Championship and the first championship won by a major sports team in Cleveland since 1964.  Everyone has their own Warriors Cavaliers Predictions for 2017, but the top NBA basketball video game simulation has just crunched the numbers.

NBA 2K17 has the Golden State Warriors defeating the Cleveland Cavaliers in a series that goes the full seven games. The simulation is far off what the professional bettors in Las Vegas are saying.  The Cavaliers are underdogs in the series, and don’t have home court advantage.  However, this is a situation that Cleveland has found themselves in before, specifically last year.  They were underdogs in that series as well, and ended up winning.

We won’t have to wait long to find out if NBA 2K’s simulation is correct or not.  The 2017 NBA Finals begin tomorrow on ABC.