Are you ready to perform the heist of a lifetime? 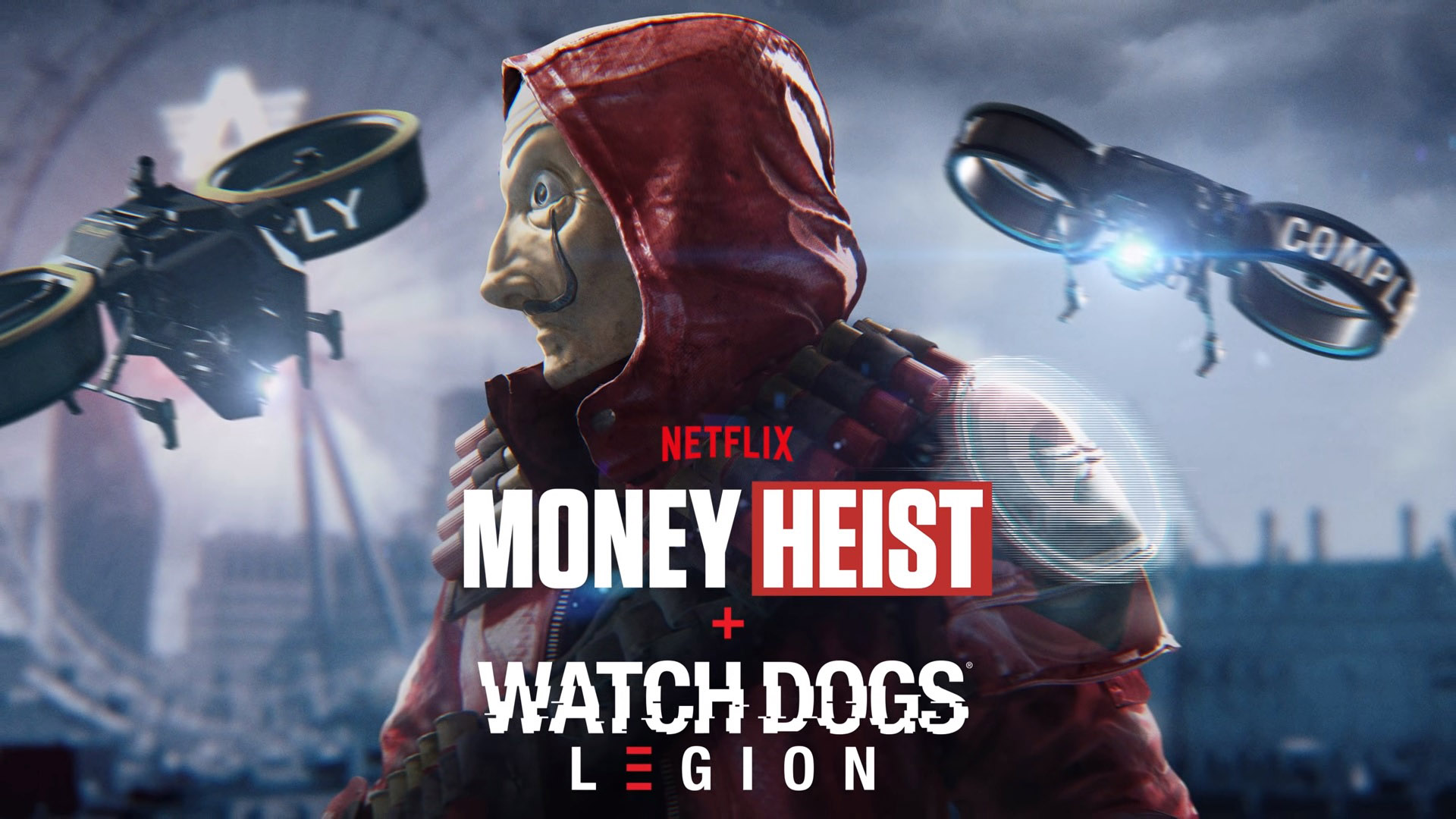 Ubisoft announced a surprising collaboration between Watch Dogs Legion and Netflix’s mega-hit series Money Heist (La Casa de Papel). The announcement was made through the release of a new trailer showcasing that the collab will feature the debut of a new mission and the addition of new Money Heist-themed cosmetics to the game.

You can check out the trailer for the upcoming collab between Watch Dogs: Legion and Money Heist below, courtesy of Ubisoft North America’s official Youtube channel:

According to Ubisoft, on their official site, the collab will allow players to team up to 3 of their friends as they take part in the game’s new ”Paperless” mission, in which they must sneak into the Bank of England and perform a ”crypto heist”.

The new collaboration debuts a few days after the release of the game’s Assassin’s Creed crossover, which brought two new story missions – Enter the Assassins and The New Creed – two new free world missions and the debut of a new character to the game. Watch Dogs Legion is available right now on PlayStation 4, PlayStation 5, Xbox One, Xbox Series X/S, and PCs. You can also check out the game’s most recent patch notes here.

Money Heist, also known for its original name La Casa de Papel, was created by Álex Pina and premiered in 2017 on Spanish channel Antenna 3. From its third season onward, the series became a Netflix exclusive as well as one of its biggest titles. The fifth and final season of Money Heist is set to premiere on September 3, 2021, exclusively on Netflix.