Halo 2: Anniversary – See How They Made Those Amazing Cinematic Videos 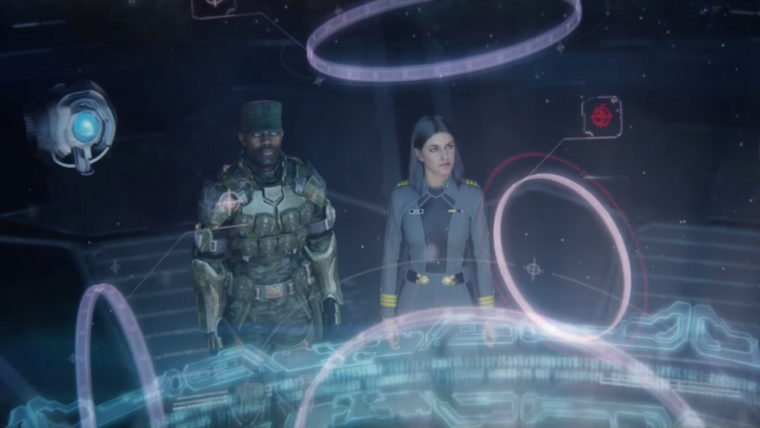 The Halo 2: Anniversary Cinematic Trailer blew away almost everyone who watched it with its gorgeous visuals and life-like animation. Created by Blur, the cinematics are a part of the remake of the Xbox classic that will be featured in Halo: The Master Chief Collection. In this new video, shown at last week’s San Diego Comic-Con, we get a look at how the studio put these fantastic CG videos together.

Opening with a look at the original cutscene from Halo 2 shows just how far technology has come in the ten years since that game released. Using that as a template Blur went about creating all new CG videos for the upcoming remake. The short video takes us through each step in the process.

Starting with motion capture, every action is performed by an actor while computers analyze and calculate every subtle movement. That data is then put into the computer, creating a rough layout for the video. The actor then has a facial capture session, where they go through every scene. Again the computer watches and scans the actor’s face before mapping that data onto the in-game character. These all get thrown together along with cloth and hair animation, then special effects and lighting are added over top to create the finished product.

Of course, the cinematics aren’t the only thing getting a new coat of paint in Halo 2: Anniversary. The main game will be rendered in a new engine, giving it a full HD upgrade. You’ll also be able to view the game in its original format, still running at 1080p and 60 FPS, at the press of a button. Switching between the original and new cinematics will likely be some of the most interesting moments in Halo: The Master Chief Collection.

Halo: The Master Chief Collection will be released exclusively on Xbox One on November 11th 2014. It will combine the main four entries in the Halo series, Halo: Combat Evolved Anniversary Edition, Halo 2: Anniversary, Halo 3, and Halo 4. All of the games will be upgraded to run in 1080p resolution and 60 frames-per-second.

Home / Game News / Halo 2: Anniversary – See How They Made Those Amazing Cinematic Videos