The latest news in the world of video games at Attack of the Fanboy
October 3rd, 2014 by Danny Vittore 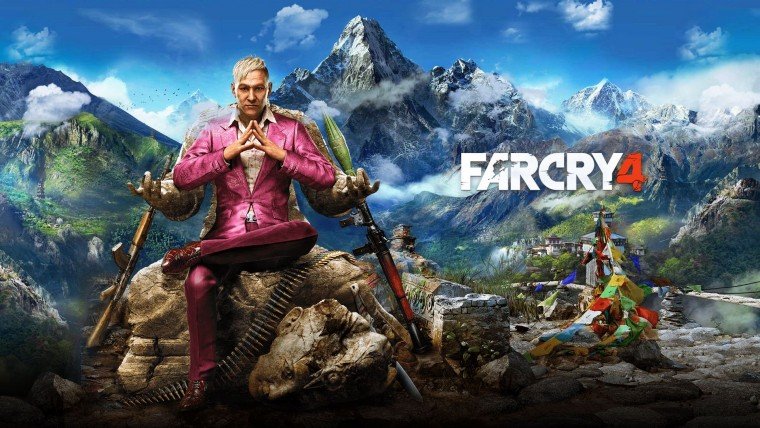 Ubisoft has released a trailer giving you a taste of some of the weapons you can expect to play around with in Far Cry 4. In a mildly hilarious, well-crafted, trailer, Longinus introduces you to his holy temple of weaponry.

The weapons that are actually named in the video include a Vector SMG, an MG42, a mortar, a kukri, P416 rifle, using bait to turn animals into your own personal weapons, a flamethrower and an auto-crossbow. The more interesting highlighted weapons here have to be the mortar, which looks relatively traditional and no frills (or at least as no frills as a tube that launches heavy explosive high up in the air gets), the utilization of bait to turn animals into weapons (by throwing meat on an enemy to entice a tiger to attack him) and the auto-crossbow which is silent, most likely one-shot kill and has a decent fire-rate.

However, these are just a few of the more interesting weapons that you will find in Far Cry 4 as the quick cuts show many other weapons, from mundane things like automatic pistols, AK47s and shotguns to rocket launchers, grenade launchers and throwing knives. Variety is definitely something you can look forward to when it comes to weapons in Far Cry 4. Also, a lot of explosions and killing.

You can watch the “Weapons of Kyrat” trailer below and get a feel of the potential destruction for yourself.

Are you looking forward to playing Far Cry 4? Let us know in the comments below!