New This Week in Video Games | Down, Set, Omaha.. Omaha 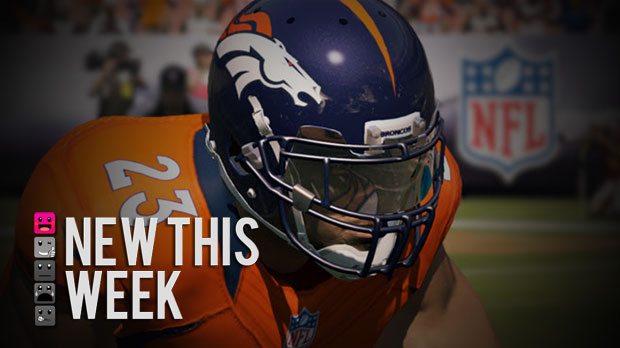 Metal Gear Solid: Peacewalker HD Edition – Xbox 360, PlayStation 3 – The era is the 1970s. Big Boss has stations his “Soldiers without Borders” in Columbia, South America, where he was approached by a visitor from Costa Rica, “a Nation without a Military.) In the wake of the Cuban Missile Crisis, as Latin America became a key to maintaining the power balance between East and West, Costa Rica has miraculously managed to maintain its peace and neutrality. However, in various regions of the country, a mysterious armed force seemed to be engaging in suspicious activities. Now, to preserve peace in this nation without a military, the “Soldiers without Borders” move into action.

Journey Collector’s Edition -PlayStation 3 – The collector’s edition of Journey brings the epic adventure game from acclaimed game design studio thatgamecompany to Blu-ray for the first time, and brings with it two more top titles — flOw and Flower — as well as a raft of exclusive new bonuses and previously released digital content.

Rock Band Blitz – Xbox 360, PlayStation 3 – Rock Band Blitz brings the excitement of a full band into your hands, transforming classic Rock Band gameplay into an addictive single player controller-based experience – no instruments needed! Compete with your friends on over 20 amazing new tracks, which are also instantly playable in Rock Band 3.

Tony Hawk’s Pro Skater – PlayStation 3 – Tony Hawk’s Pro Skater HD is a downloadable title that takes the best elements of the classic THPS games and gives them a fresh update to create an all new skateboarding experience. Tapping into fans’ muscle memories, the gameplay returns to controllers and focuses on the satisfaction of linking sick tricks for maximum points.