The latest news in the world of video games at Attack of the Fanboy
October 8th, 2014 by Danny Vittore 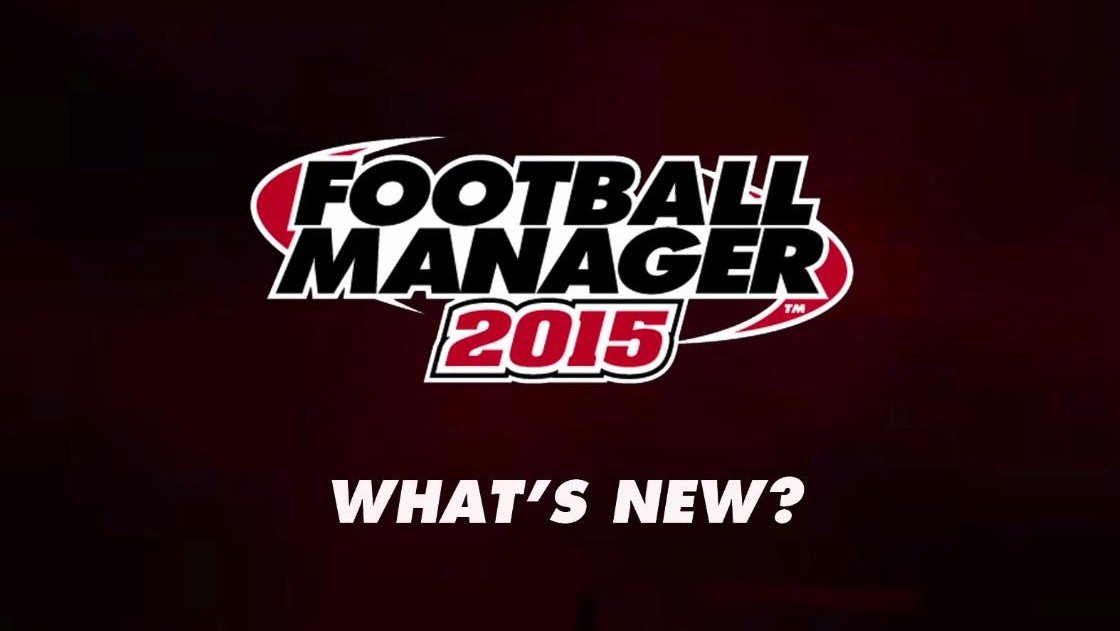 It looks like Sports Interactive and SEGA are doing their very best to convince us that this year’s iteration of their popular sports/business simulation, Football Manager 2015, is a vast improvement over it’s predecessor, as opposed to just a simple reshuffling of stats and figures in the absurdly large football database that they curate over.

You will find a 28 minute video below to watch and hear about all the new additions or, if you don’t have 28 minutes to just throwaway like that, you can read our summary of the changes:

The UI has been changed so that all the major buttons are on a sidebar, with there then being a horizontal sidebar with dropdown menus for more specific pages. 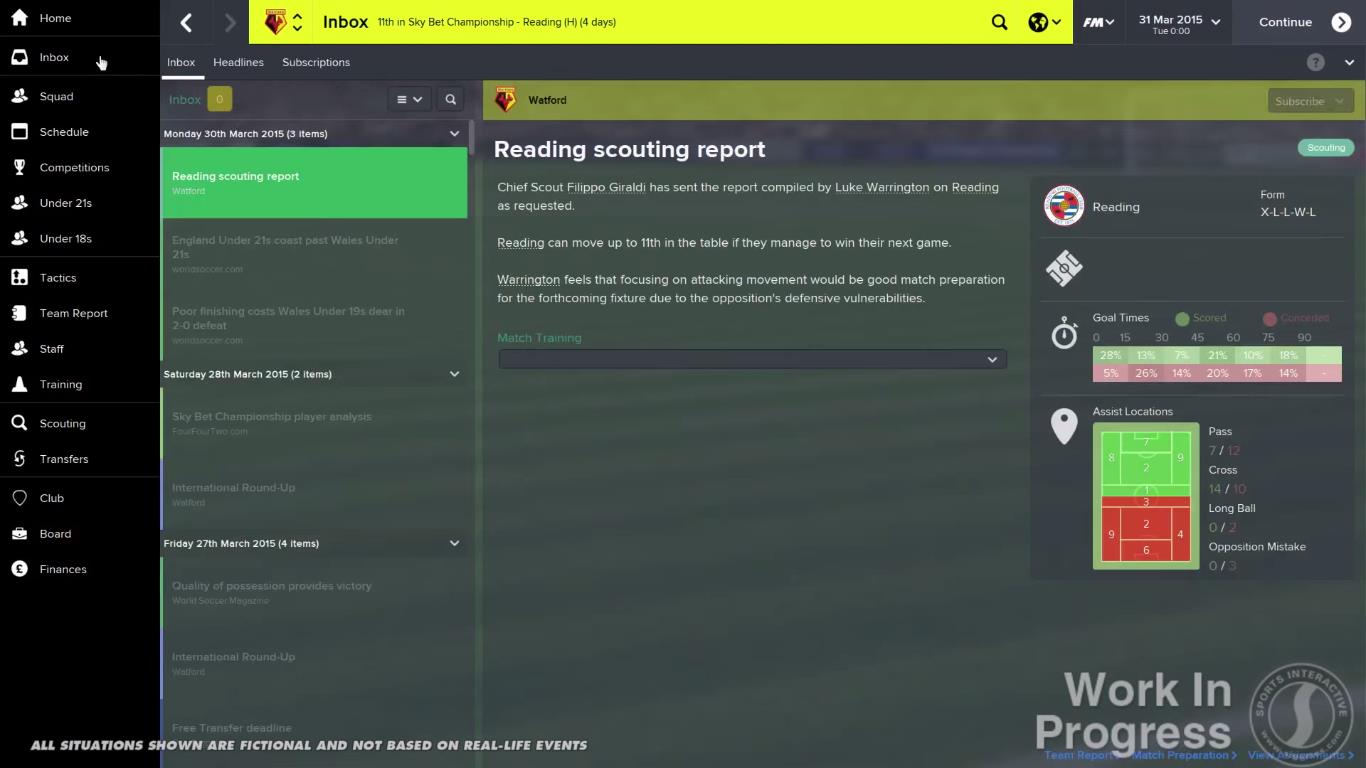 You will now be able to become a tracksuit coach and actually coach your players (so, essentially you will get coaching attributes) in addition to being a tactical coach. You will also be able to obtain licenses that will affect your stats in addition to your “past playing experience.” You can then adjust your attribute points accordingly to fit your play style. It’ll be interesting to see how easy players will be able to abuse this feature (if at all, who wouldn’t want 20 motivating?). 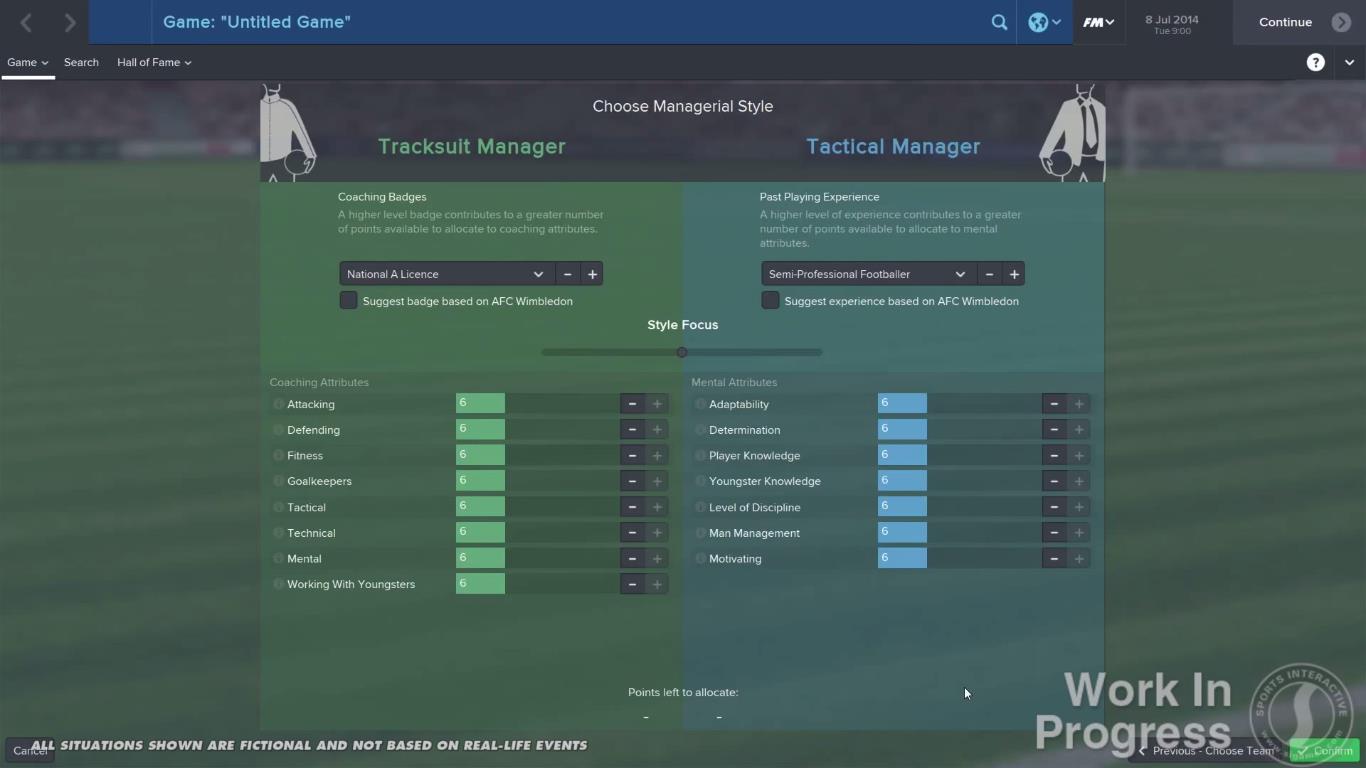 You now get a promises page that keeps track of all the promises you’ve made and how long you’ve got to fulfill them, be they with the board, a player or whoever.

The match engine has, again, gone it’s “biggest facelift ever.” Sports Interactive went and borrowed Creative Assembly’s mo-cap facilities to capture a load of different and varied actions in order to increase immersion. Player models, weather, lighting, fans in the stands, the stands themselves and the stadiums have all been improved. No one is going to confuse the Football Manager 2015 match engine with FIFA or PES. Not by a country mile, but it’s certainly significantly better then it used to be. 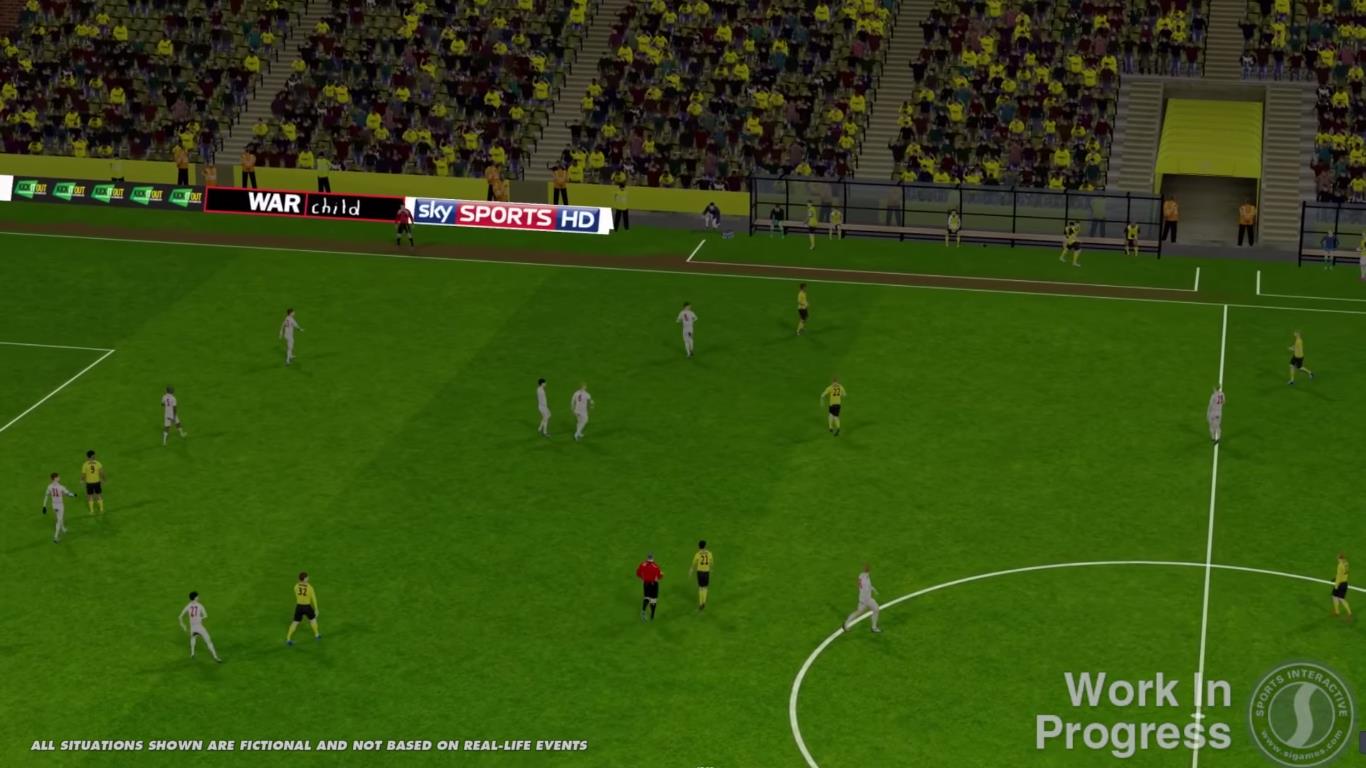 You will now also be able to make touchline team talks (to simulate managers shouting at players from the sides) as well as having specific goalkeeper instructions now as well that deal with ball distribution and pace of the game.

The scouting system has also been revamped to include a new system where you will have to continue scouting a player in order to find out what his true attributes are (as opposed to seeing a range). The scout reports have also been revamped with a clear pro and con section to give you a better idea about the player you’re scouting. 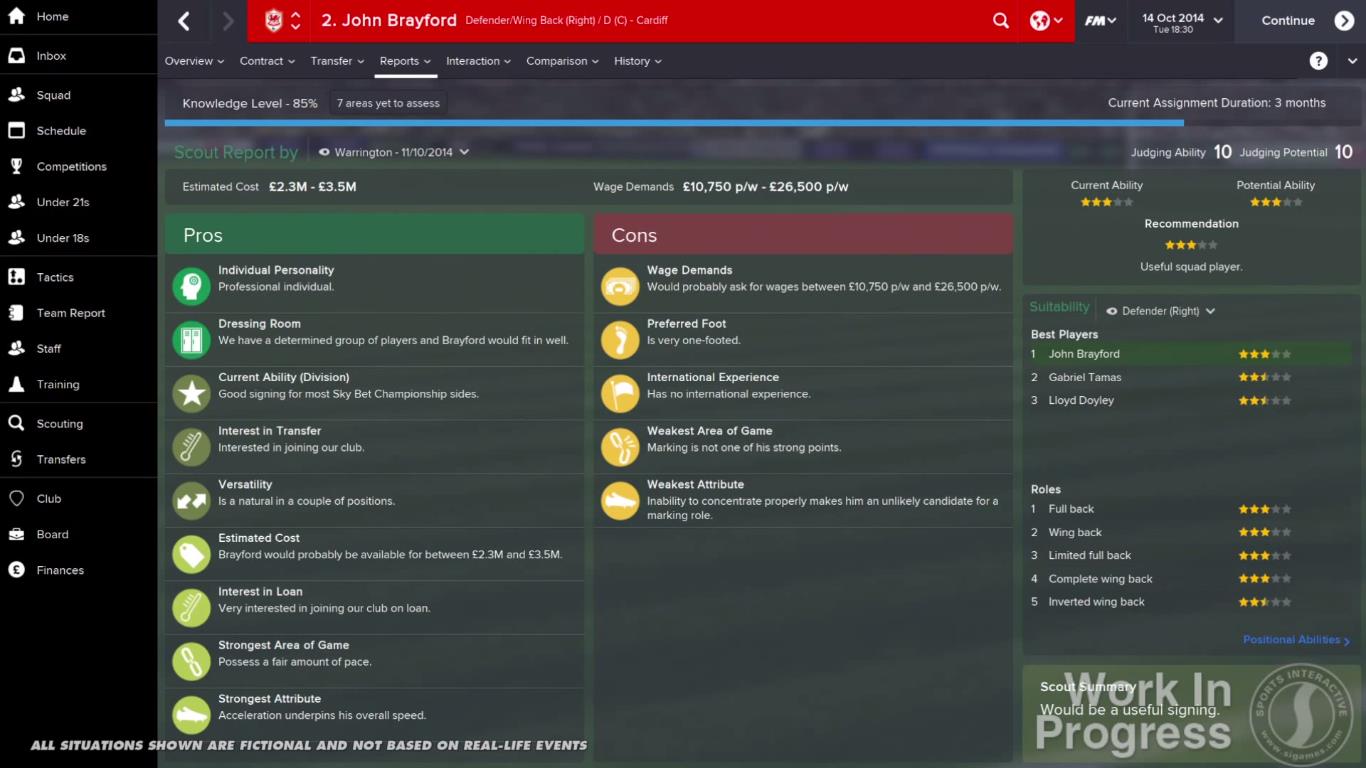 There are other tweaks to training, updates to the finances to fit financial fair play rules, Twitch.tv synchronization, player interaction and press conference options (which will include random training ground questions and tunnel questions. Also mustaches, you know, for Movember. Not only will you notice mustaches growing on some players as November ticks by, they have also modeled different levels of growth for mustaches. Be excited. 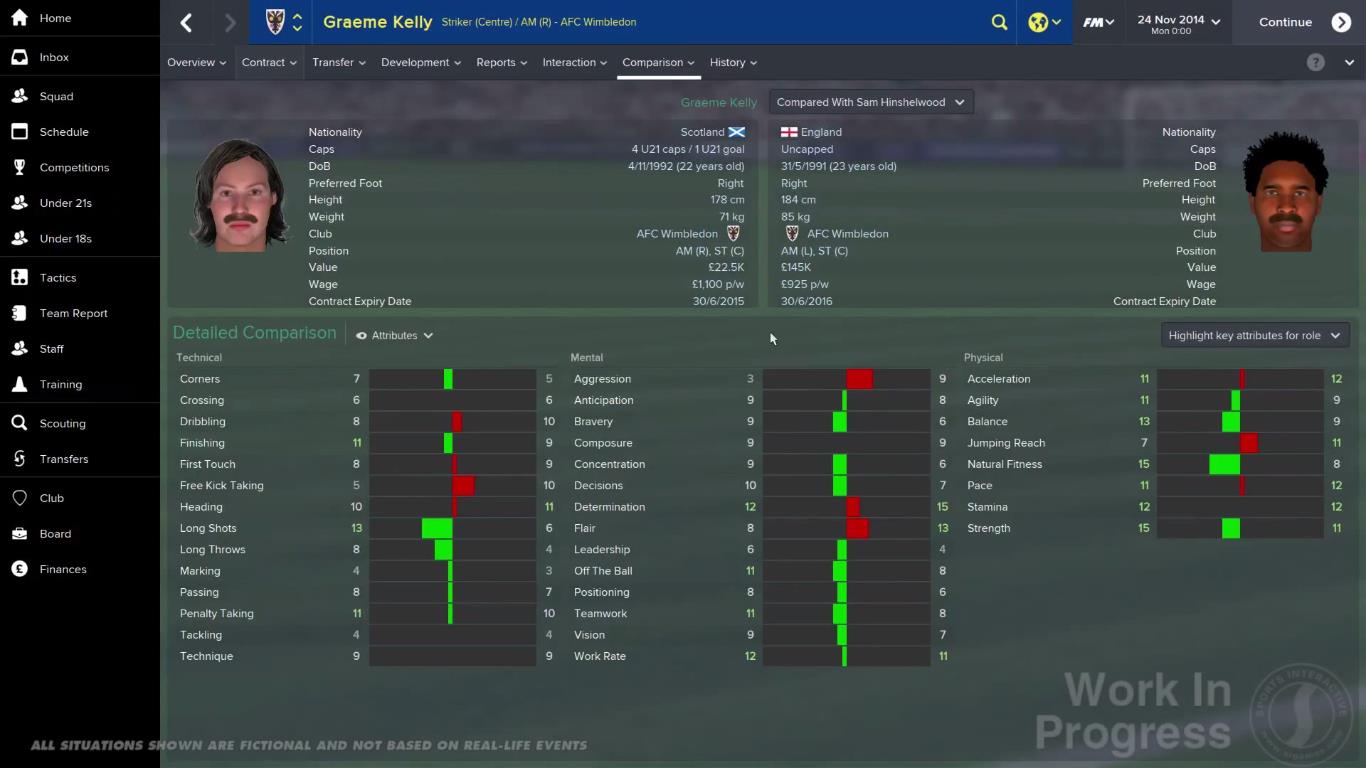 Football Manager 2015 will be coming to stores near you on the 7th of November for Windows, Macs and Linux. You can pre-order it now right here.

Are you looking forward to Football Manager 2015? Let us know in the comments below!