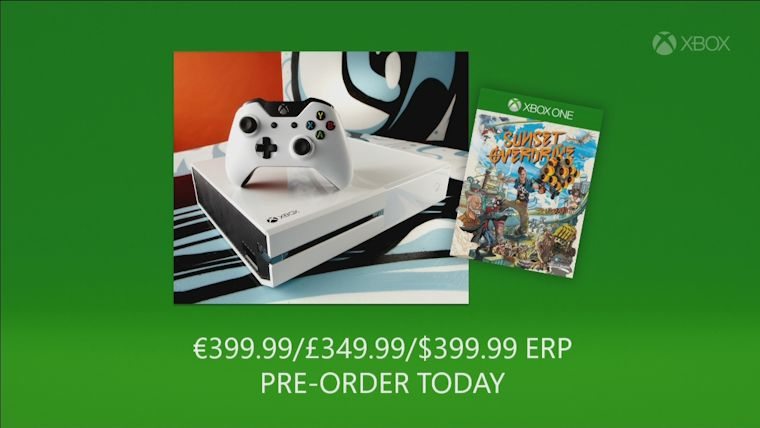 You may remember months ago when an insider on the gaming forum NeoGAF posted a list of major Microsoft leaks, most of which have come to be true. One of those happened to be a white Xbox One, and now that once again has come true as Microsoft has revealed a special white Xbox One Sunset Overdrive bundle.

The best part about this bundle is that it will not cost you anymore than the pre-existing non-Kinect bundle. For only $399, you will receive the brand new white Xbox One, a white Xbox One controller, and a digital code to download Sunset Overdrive. This is similar to the Titanfall bundle we saw, though it came with a regular Xbox One.

This is going to be a very tempting bundle for gamers, as Sunset Overdrive is one of the most intriguing and hyped games coming out this year, and the fact that it is exclusive to Xbox One certainly helps a lot. For those that do not own an Xbox One yet, does this sell you on finally pulling the trigger and buying the console or will you still need a true price cut to happen instead?