White Xbox One Bundle with Halo: The Master Chief Collection Available Now for $349

The latest news in the world of video games at Attack of the Fanboy
May 20th, 2015 by Kyle Hanson 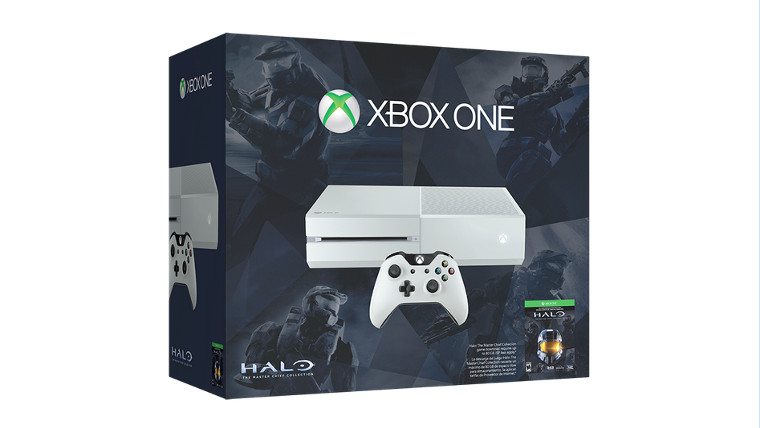 Microsoft has released the Xbox One Special Edition Halo: The Master Chief Collection bundle, which comes with a digital code for the game and a limited edition white console for $349. This isn’t the first time the US has been able to snag the white version of Microsoft’s Xbox One console, but the last bundle has been sold out for a while, making this a special opportunity for collectors, or just people that prefer the white coloring. This is a limited release, with only a select number of consoles being made available. You can buy it now via the Microsoft Store, with more hitting retail shelves later on.

This bundle looks to be a great offer as it is still being sold at the normal price for an Xbox One, sans Kinect sensor. Along with the special edition console you get a digital copy of Halo: The Master Chief Collection. While the game launched extremely poorly, it has shaped up a bit over the last few months. There are certainly still lingering issues, but overall you can get in some great classic Halo action in the game, which includes improved versions of Halo: Anniversary Edition, Halo 2: Anniversary, Halo 3, and Halo 4.