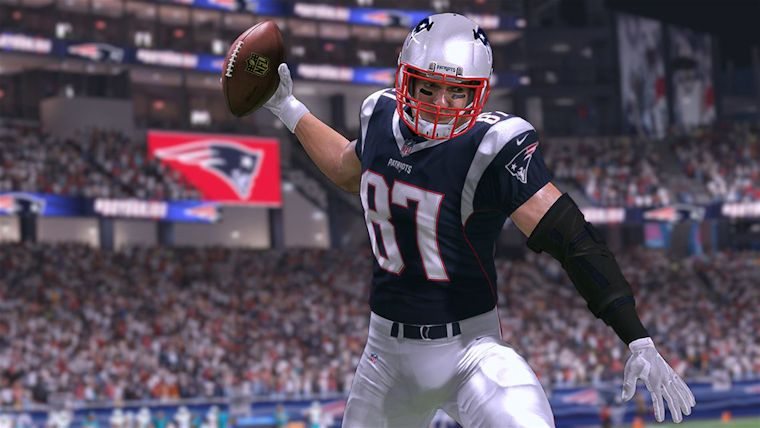 Another year, another Super Bowl, and another prediction of the winner from the latest game in the Madden NFL series. This year it’s Super Bowl LI and the winner of Super Bowl LI will be the New England Patriots, if Madden NFL 17 has their prediction confirmed. EA does an official prediction like this every year, and it’s been surprisingly accurate, though a few surprises have happened in some games, resulting in an incorrect prediction.

This could definitely happen again, with the official Madden NFL 17 prediction only calling for the Patriots to win by three, with the final score being 27 to 24. It even called for the Falcons to be in the lead going into halftime, with their defense holding the Patriots to just 10 points, while the Falcons scored 17. Things shifted in the last half though, resulting in the Patriots come from behind victory.

According to the simulation: “In the second half the tides began to turn, as the Patriots exploited an aggressive Falcons defense with short passes and quick attacks. Dion Lewis found a way to score on a 9-yard swing pass, and the Patriots added another field goal in the quarter as well. On defense, the Pats pass rush started getting to Matt Ryan, and blanket coverage of Julio Jones held the Falcons scoreless, giving New England a 20 – 17 edge after three quarters.

“The final period started as a defensive slugfest, with neither team able to get into scoring position. Things finally broke open late in the game when Matt Ryan put together a sustained drive, capping it off with a 12-yard touchdown to Mohamed Sanu Sr., giving the Falcons a 24 – 20 lead.”

The Patriots were down with just four minutes left, but they ended up scoring one final touchdown to take them over the top. The Madden prediction also called the Patriots last Super Bowl victory in 2015, “The 2015 prediction not only correctly forecasted the final score, but also accurately called that New England would overcome a 10-point 3rd quarter deficit and came within three yards of accurately forecasting Julian Edelman’s final receiving yardage total.”

Whether the game will be as accurate this year will be determined this Sunday, February 5th. Of course, they got last year a bit wrong, but so did a lot of people…including me.