Why There Won’t Be Guns In Horizon: Zero Dawn 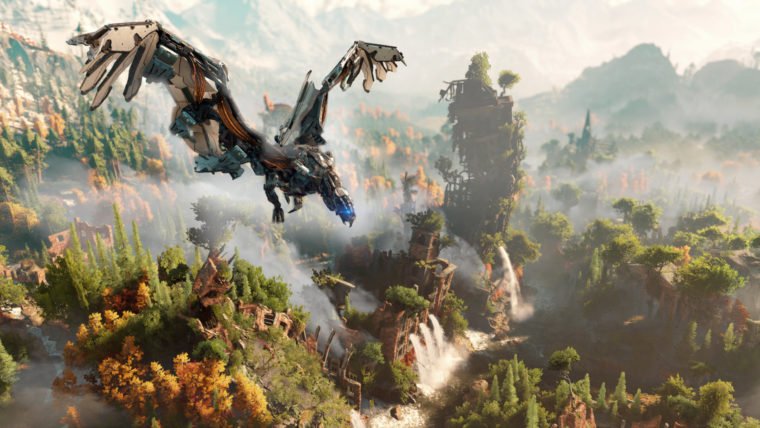 Guerrilla Games has now revealed why there won’t be any guns in Horizon: Zero Dawn.

In the latest issue of Edge magazine (via Games Radar), Horizon: Zero Dawn’s game director, Mathijs De Jonge, explains why guns won’t be used by the main character of the game.

He said once the game is given a machine gun, “it’s just spray and pray“. Jonge also mentioned the game would just be like any other cover shooter out there if guns were given.

For this game, Jonge wanted the game to have a primitive feel as the tribes will have limited knowledge to technology. As you may have seen in the E3 trailer, the bow and arrow was used which made it feel different from all of the other shooting games out there.

Edge magazine even got a chance to see the battle in Horizon: Zero Dawn played out differently in a four year old prototype. The prototype featured the same robotic T-Rex from the E3 trailer, but the main character was replaced by a Killzone character with a machine gun.

Since the machine gun replaced the bow and arrow, Edge described the battle wasn’t as menacing because with the gun. It’s quite cool Guerrilla Games decided to make a new IP and try something new. The studio probably wanted to do something different as it had been developing the FPS Killzone series for over a decade already.

Home / Game News / Why There Won’t Be Guns In Horizon: Zero Dawn