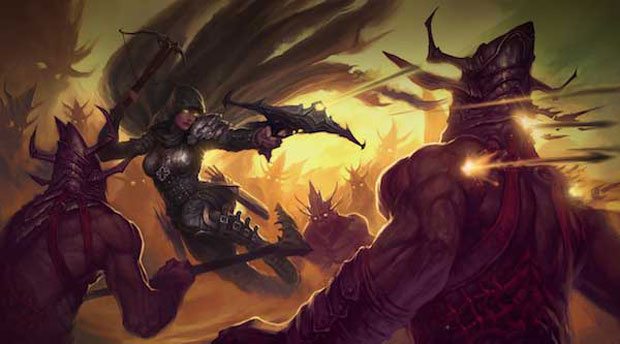 Blizzard recently announced that they were making significant changes to Diablo III via Battle.net.  Well aware of the pent-up frustration from the Diablo community that has long awaited this sequel over a decade in the making, Blizzard’s changes might signal an extended delay.

According to Steve Peterson of Industry Gamers, the changes being made “should” push the game’s release date back in a significant way, if the game is to launch with any semblance of balance.

“If it does ship in a month it’s not likely to be well-balanced. Why? Because they are changing the core character attributes. That means the fundamental basis of the combat algorithms has shifted. The core of the game is the combat, and how character attributes affect combat should be significant. (If it’s not, what’s the point of having the attributes or character classes?) Diablo III, like earlier games in the series, is based around the idea of vast amounts of magical loot with random assortments of attribute-enhancing abilities and special powers. It’s like playing a slot machine, looking for jackpots of rare magical items that improve your character stats,” Peterson says in his article.

Peterson believes that these changes will push Diablo III well past February.