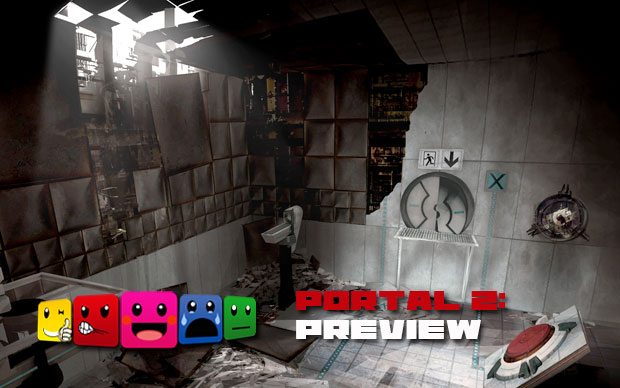 Portal 2 is getting ready to release on April 19th, and this release marks the date when the Portal franchise gets a full-fledged title.  This single player puzzle platformer developed by Valve is the sequel to 2007’s Portal.  If unfamiliar, the game consists of a series of puzzles which must be solved by teleporting between portals which are created by a portal gun that you carry throughout the game.  Played from the first person perspective, but not to be confused with a first person shooter, this puzzle platformer is not for someone that does want to do any heavy lifting in the thinking department. 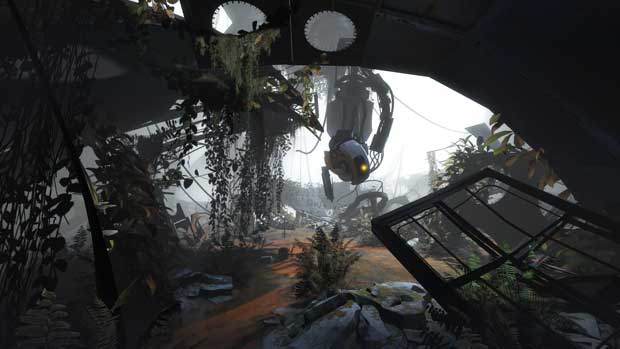 If you didn’t play the original Portal, you have nothing to really compare this game to.  There’s not much like it on the market.  And why should there be? Not many developers can pull off a game like Portal.  The original game had a dark sense of humor, with a series of puzzles that would leave you pulling your hair out on first-go.  Through and through, the original Portal defined itself as a thinking man’s game.  One that requires analysis of one’s surroundings and often times thinking outside of the box to complete objectives in the test chambers.  Since this wasn’t broke by any means, Valve took this and ran deep with it.  The game is indeed much larger than the first, with a much more intricate story which continues down the narrative of the first game and expands on the core concepts of the original. 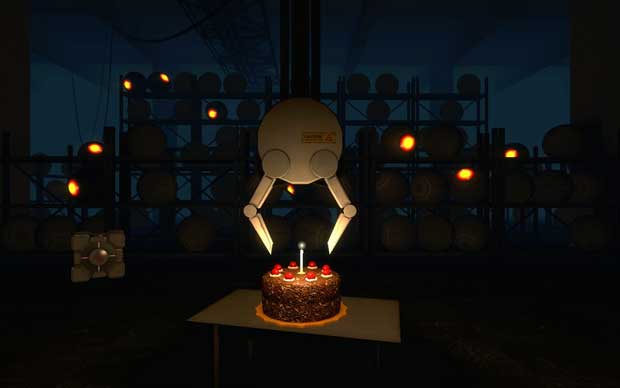 Everything you wanted from Portal 1 and more

Portal was a very original game, it captured the imaginations of most gamers who played it.  However, it did have the distinct feeling of a smaller independent title, and it was, originally. The game was the brain child of students at Seattle’s DigiPen Institute of Technology.  A game which they developed, titled Narbacular Drop, was the basis for the original.  Many of the team members that worked on Narbacular Drop were hired by Valve to work on the game.  But the puzzling test chambers were only half the charm of the original.  The humorous dark story line that unfolded at the end of Portal, left many wanting much more from the game, and that’s where Portal 2 comes in.  In Portal 2 all of those questions that the original left you pondering will be summed up more or less in a nine chapter campaign featuring a ton of character development, exploration of the Aperture Labs, and of course, testing. 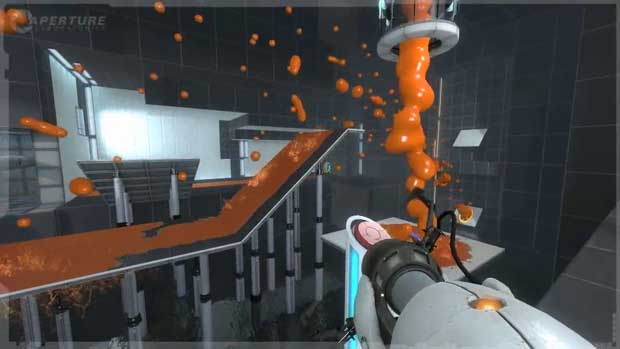 The Portal Gun opened up a world of possibilities in the original Portal game.  It was your main method of solving test chambers, and it still is.  This time around though Valve has incorporated a few new goodies that ultimately bend your brain to its furthest reaches of abstract thinking.   Probably the most innovative new puzzle solving mechanism is the gel system.  These gels involve players painting the surfaces within the test chamber for specific results.  Painting a surface with Repulsion Gel will allow you to bounce off of a surface, while propulsion gel will allow you to run at a much faster pace.  Many puzzles in Portal 2 will require you to use all of the tools available to you to complete a puzzle.  You may need to find a way to release gel to an area, then place a portal to direct the gel where you want it to flow, the utilize said gel to get to where you need to go. 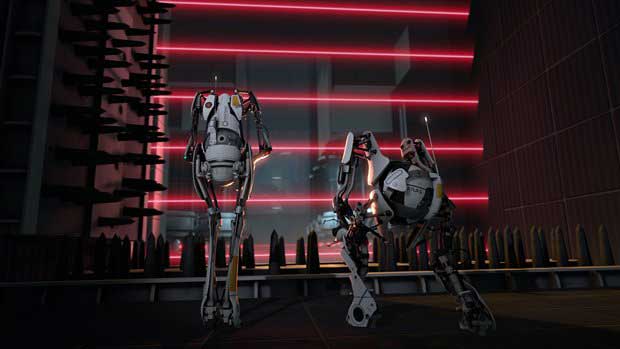 Portal 2’s cooperative mode is an entirely different campaign than the single player.  The mode features a new story, with new characters: Atlas and P-body.  They’ll face the same ridicule that GLaDOS dishes out to Chell in the single player campaign while they try to make their way through the cooperative campaign.  You’ll be able to communicate through the traditional methods of Xbox Live, PSN, or Steam to work your way through the mode.  The puzzle structure in the cooperative play mode will be familiar to single player veterans but the dependency on your partner to complete objectives for you to progress is the added twist.  You’ll be signaling your partner through a ping tool to show them where Portals must be placed for you to progress, and as in the single player campaign get increasingly harder as the co-op campaign progresses.  For the first ever, PlayStation 3 players will be able to play online with friends on both the PlayStation Network & Steam through an integrated Steamworks feature added through Portal 2. 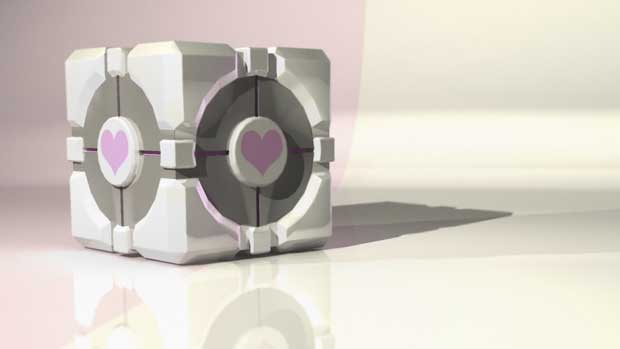 If you didn’t know

Valve makes unbelievable games. Portal 2 will be no exception, and will be available on April 19th for PC, PS3, and Xbox 360.