The latest news in the world of video games at Attack of the Fanboy
September 19th, 2017 by Kyle Hanson 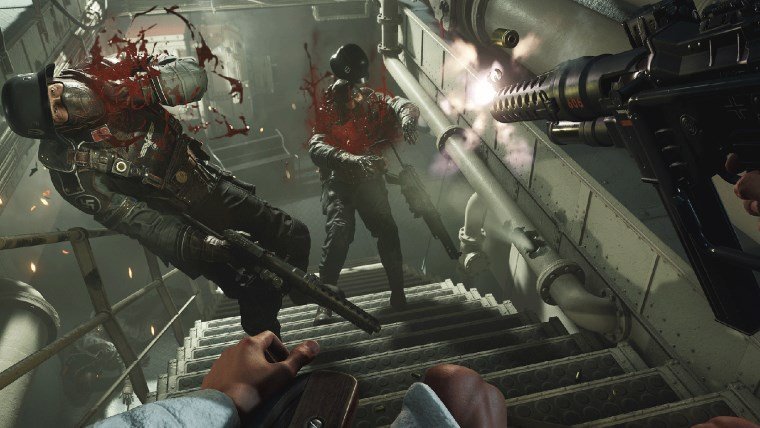 A massive new gameplay trailer has been released for Wolfenstein II: The New Colossus following a couple days of teasing from Bethesda. Titled “No More Nazis” the trailer offers over two full minutes of gameplay and story content for fans to gobble up. A word of warning before loading the trailer up below, it is pretty “not safe for work”, due to a few factors including violence, language, and…well I’ll let you figure that out.

Wolfensteing II takes place in what appears to be an alternate reality America in which the Nazis have won World War 2 and taken over. Series star BJ Blazkowicz will have to rally together rebel forces if he wants to save the day, taking out as many Nazis as they can. Of course, this won’t be an easy task as the enemies have mechs, and other technological advancements to contend with.

Bethesda has been killing it lately with their first person releases. Dishonored is highly regarded, of course, but more surprising was how well DOOM and Wolfenstein turned out. Both looked like they were on the road to mediocrity before release, but the final games were praised as some of the best shooters in years. Let’s see if the streak can continue for Wolfenstein II: The New Colossus when it hits PS4, Xbox One, and PC on October 27th, and Nintendo Switch in 2018.