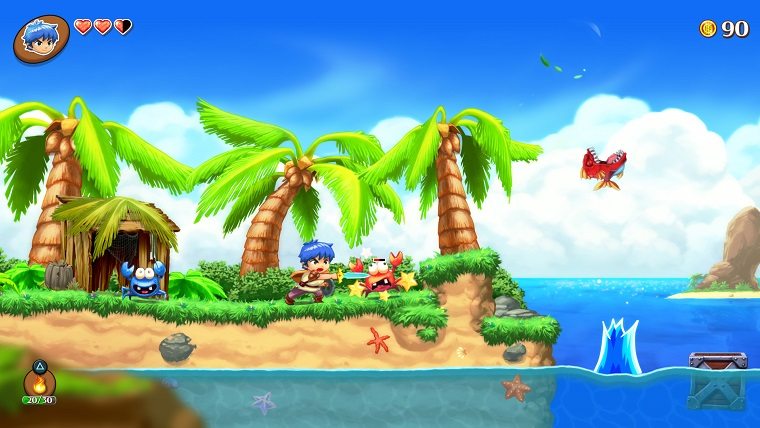 Wonder Boy in Monster Land is getting a spiritual successor later this year, as creator Ryuichi Nishizawa and FDG Entertainment revealed a new game called Monster Boy and the Cursed Kingdom. The game was originally called Flying Hamster 2 as a Kickstarter project, though a publishing deal ended up being made with FDG.

“While we’re creating a new experience targeting 1080p at 60 frames per second with hi-res 2D visuals, we’re happily bringing back our favourite monsters, music tracks and features of the classic games,” said the blog post. “We’re working hard to deliver a game that you will be able to fully enjoy as a fan of the series but also if you never heard of it.”

Transformation features that were present in Wonderboy III: The Dragon’s Tip will be making a comeback in this new game, with the character being able to transform into different monsters to complete puzzles and move through a connected open world.

It is expected that development of the game will be done by Summer of this year, which is when the creators will be revealing the release date. The game will be releasing for PlayStation 4, Xbox One, PC and Mac.