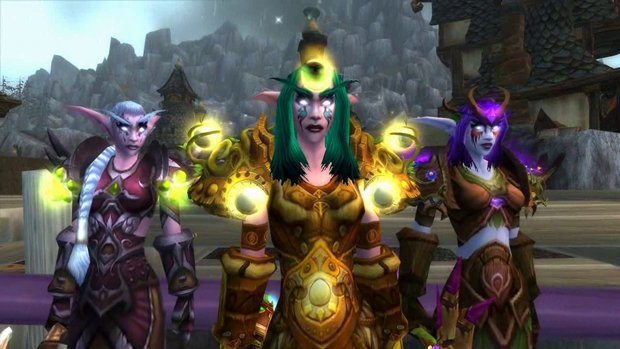 If you’re not one of the 11.4 million people already with a World of Warcraft account, have no fear, you probably soon will be. Blizzard has joined the ever-growing list of developers willing to test the free-to-play concept in order to gain newcomers to their respective communities with the release of the “World of Warcraft Starter Edition.” In the game’s latest update, titled “Rage of the Firelands,” players will have the opportunity to play for free with the catch being that their characters will only be able to reach level 20 unless upgraded to the full version.

The Starter Edition also includes content from the game’s first expansion, The Burning Crusade, as players will be able to quest using the Draenei and Blood Elf races which were added through that expansion. If you decide that 20 levels isn’t nearly enough time for you to explore the WoW universe, you’ll be able to get the core game as well as the Burning Crusade expansion for just $19.99 as part of the World of Warcraft Battle Chest bundle which can be downloaded digitally.

Finally ready to join the millions and allow hundreds of your free-time hours to be fretted away in a magical realm? Sign up for the WoW Starter Edition here.