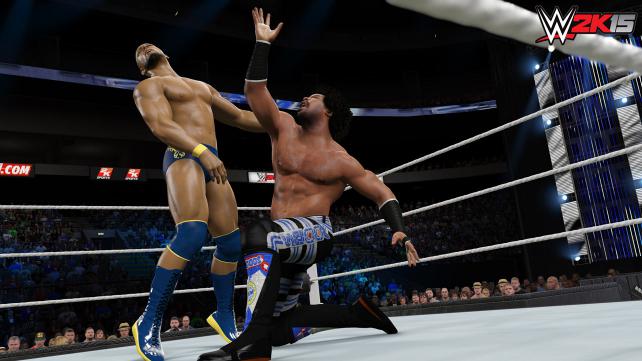 2K Games has revealed all the stuff you’ll be able to get for WWE 2K15 as DLC and as part of the game’s Season Pass. There will be three new storylines, which will be playable in 2K Showcase, along with new moves and a bunch of new playable characters from WWE, WCW, and NXT. As we already knew, WWE Diva Paige will be added to the roster as part of the Season Pass, but more are available as well.

The Season Pass will be available at a discounted price of $24.99 and will include access to WWE Diva Paige, all three new WWE Showcase storylines, and Accelerator, which unlocks all in-game content immediately. Check out the full breakdown of the DLC below:

2K Showcase: Path of the Warrior