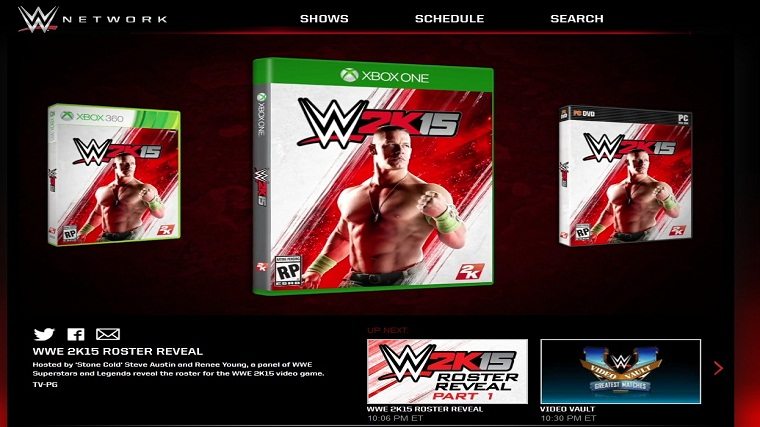 Some people that have been watching WWE Network today have spotted box-art that shows WWE 2K15 is indeed making its way to the PC platform.

The only new revelation is that the cover for WWE 2K15 is shown for the PC. A Korean ratings board rated the game last month for PC. This may be confirmation the game will be eventually heading to the PC sometimes in the future.

2K Games has not confirmed a PC release for WWE 2K15, so don’t get too excited yet. However, it seems legitimate since it has been spotted on the WWE Network.

If a PC version does exist for WWE 2K15, it will be interesting to see when 2K Games decides to release the game. The PS3 and Xbox 360 versions are coming out from October 28th. The PS4 and Xbox One versions are coming from November 18th. A PC release should be able to fit in somewhere, unless it comes out early 2015 instead.