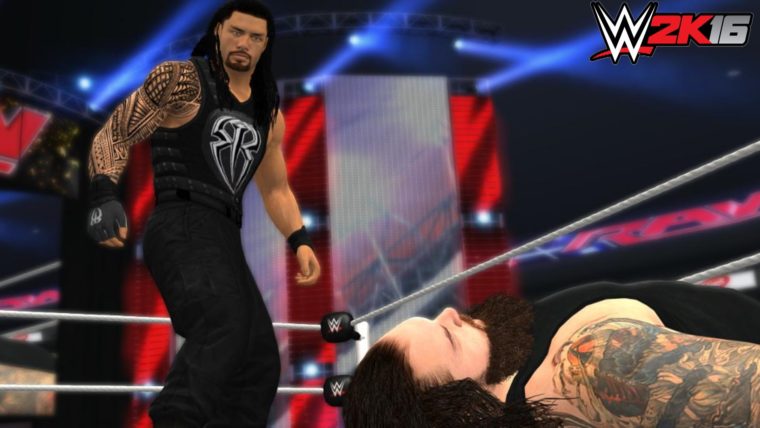 Check out the update patch notes for WWE 2K16 below:

2K SHOWCASE
• Addressed several issues where characters warped or appeared in the wrong position after a cutscene or objective completion
• Fixed a few issues with Titantrons appearing properly during entrance in multiple matches
• Fixed an issue where Dude Love was not attacking the player during sections of the “Over the Edge: In Your House” match
• Addressed an issue where the blood on Mr. McMahon wouldn’t appear consistently across cutscenes during the St. Valentine’s Day Massacre match
• Fixed a hang that could occur when trying to complete Unforgiven: In Your House match against Dude Love by pinfall instead of completing an objective
• Addressed multiple issues where Championships weren’t displaying with certain title motions
• Fixed an incorrect match stipulation displaying during the Fully Loaded 1999 match
• Fixed an issue where the reversal help text wasn’t appearing properly in the WrestleMania X-Seven match after performing a taunt against The Rock