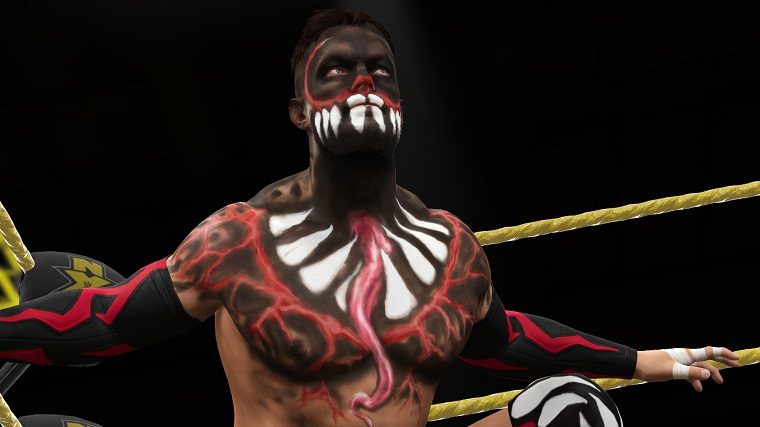 WWE 2K16 fans will be happy to know that the next update patch for the game will have a better entrance from Finn Balor.

2K Games did a recent livestream for WWE 2K16 with Finn Balor as their guest. Balor mentioned his entrance is a bit off because the movements aren’t 100 percent accurate.

The game’s Community Manager, Bryan Vore, confirmed that Balor’s entrance in the game is not the one that he mo-capped. For some reason when the game launched, they used someone else’s movements.

Vore then confirmed that Balor’s actual mo-capped entrance will be added in the next update patch for the game. This will be the third patch or Patch 3 for those keeping count.

These little things are the reasons why WWE video games are always inconsistent year in and year out. Sometimes they add ugly looking animations that are unwanted. This year’s Brock Lesnar entrance looks way off compared to how he moved in last year’s game.

The fact that Balor’s entrance is being patched in will be good news for people that own WWE 2K16. There is no date for when the new update patch will be coming yet. If it does not come out before Christmas, then it will be out in January after the holidays.