Xbox 360 is the best Call of Duty Black Ops Experience

The latest news in the world of video games at Attack of the Fanboy
December 19th, 2010 by Bill Hess 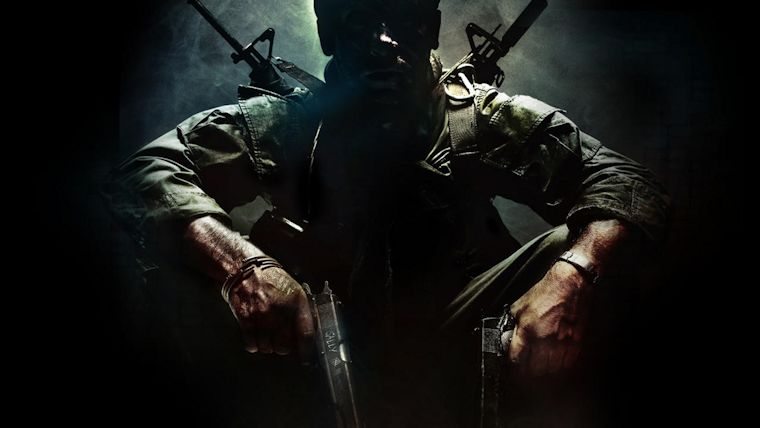 Honestly, some games just shouldn’t go multi-platform if you want to give gamers an equally excellent experience.  Case in point, the latest in the Call of Duty franchise, Call of Duty: Black Ops.  There have been many reports of the game playing a little less than optimally on it’s various platforms, so we decided to take the game on test drive across the PlayStation 3 , Xbox 360, and PC via Steam.  As the title of this article denotes, our best experience was had on the Xbox 360, and here’s what we experienced on other platforms.

As many PC gamers know, your gaming GPU is going to determine the quality of any game you play on your PC.  With a mid-range graphics card and decent amount of processing power, Call of Duty: Black Ops on the PC is the best looking game of the bunch.  The added accuracy of the traditional mouse and keyboard controls also make this version of the game seem superior at first glance.

The problem arises from the fact that the game was optimized to run on consoles, and at launch the optimal configurations needed to be added manually via a file deep in the system files of Steam to get the game to play properly.  Even up to today’s date 12.19.10 after multiple patches have been added to the game, there are considerable hiccups in the gameplay no matter how many options are selected or unselected.  And this may seem like common sense, with many variables out of the gamer’s control.  Ping rates, packet transfers, and the numerable graphics options such as shaders, filtering, and anti-aliasing, can help or hinder the game when altered respectively.

Note: Most if not all of the issues seem to stem from the multiplayer component of Call of Duty: Black Ops on PC.  In the single player portion of the game, you get the increased upgrade in graphical fidelity and the game runs fairly smoothly.  As a single player only experience I would have to rate the PC version of this game the best of the bunch.  But, the majority of gamers that play Call of Duty: Black Ops utilize the game’s robust multiplayer features.

Many of the problems on the PC are expected.  A majority of PC gamers are familiar with altering core game files to enhance specific elements of a given game.  When console gamers have a problem, it is out of their hands.  They must wait for a process of things to occur.  First, the problems must be identified.  Which in this day and age of instant information is fairly quickly, sometimes within hours inside of launch, via forums, twitter, and the other communication vessels of the world wide webs.  Second, the developer must make a patch for the game.  And lastly, the patch must be approved by the console and implemented in a system title update.  This process can take weeks if not months and can truly destroy the fun factor in a new game.

This seems to be the case with the PlayStation 3 version of Call of Duty: Black Ops.  At launch there were many lingering issues in the multiplayer component of Call of Duty Black Ops.  Player connection issues such as being dropped from games, host migration errors which occur when the P2P host of the game quits mid-game, and even in the most extreme cases, hard resets of the console have been widely reported.  In our experience we noticed each and every one of these complaints in a very short time with the game.

Going forward, with the PS3 version of the game it is expected that  Treyarch will continue to improve upon the title.  Downloadable content will be offered in the future but will be timed and released after a period of console exclusivity on the Xbox 360.  Which is just one more reason that the Xbox 360 offers the best Call of Duty: Black Ops experience.

Finally, it was our finding that Call of Duty: Black Ops was developed for the Xbox 360.  The games matchmaking and party system seem to work flawlessly, even though there was brief period very close to launch where there were a few snags.  Forming parties, finding games, host migration, party movement, communication, it all seems to work surprisingly well as opposed to it’s PS3 counterpart.

As we said before there is little difference between the PS3 and Xbox 360 versions of the game when looked at superficially.  The real benefit of the Xbox 360 version of the game are in it’s functionality.  Of course, much of this functionality can be attributed to the strength of the Xbox Live service, which is not free.    So there is an added costs when considering the three alternatives.  With that added expense comes small benefits like the exclusive timed release of downloadable content (new maps).  Which is ultimately icing on the cake, when compared to actually having a functional experience that is playable the way it was intended to be.

When looking for the best Call of Duty Black Ops experience, we found that this latest installment of the Call of Duty franchise is best played on the Xbox 360.