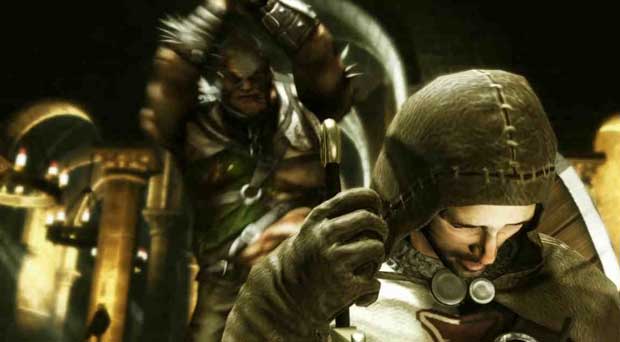 It looks like Xbox 360 fans that were hanging their hopes on some of the unknown exclusives to pull them through the first of the year, are going to be a little disappointed with the consoles first offering for 2011.  The Fist Templar not only looked bad in the few screenshots that we have seen over the past months, but with the new video that has surfaced on Youtube it has been confirmed that The First Templar is in fact a bad game.

Looking and playing like a poor mans Assassin’s Creed I, it looks like the development team behind The First Templar may have missed with this Xbox 360 exclusive.  IGN, the biggest online publication about video games in the world has told us that The First Templar in so many words, sucks.

Ryan Clements had this to offer on The First Templar

“Of course, even the best games are rough at the beginning of their development, but First Templar is only months away from its current release date. While it’s possible that the developers could pull through and polish things up, it seems unlikely considering the magnitude of the problems at hand. “What sort of problems?” you ask? Well, I didn’t hear any voice acting in the hour or so that I played. There were plenty of subtitles and lips flapping about, but no voices. I’ve been informed that the retail version features voice work, but who knows how that will sound.”