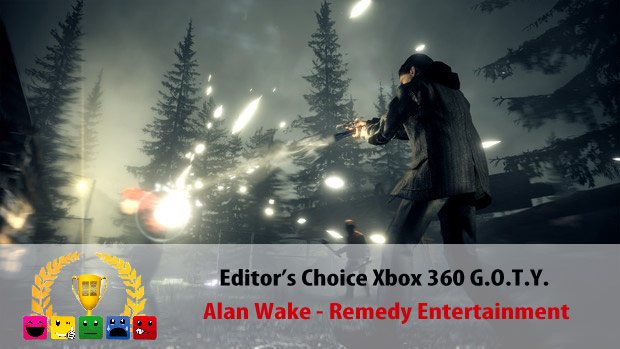 Our editor’s choice for Xbox 360 Game of the Year 2010 was a tough one.  There were quite a few titles like Halo: Reach, Alan Wake, and Mass Effect 2, that needed some serious consideration when finalizing our choice.

Our nominations for the 2010 Xbox 360 GOTY reader’s choice were Halo: Reach, Mass Effect 2, Alan Wake, Splinter Cell: Conviction, and Crackdown 2.  Thanks to everyone that voted.  The results below are the top three readers choice award winners, with Halo: Reach taking home the title this year.  Honorable mentions include Alan Wake which received 10% of reader votes. 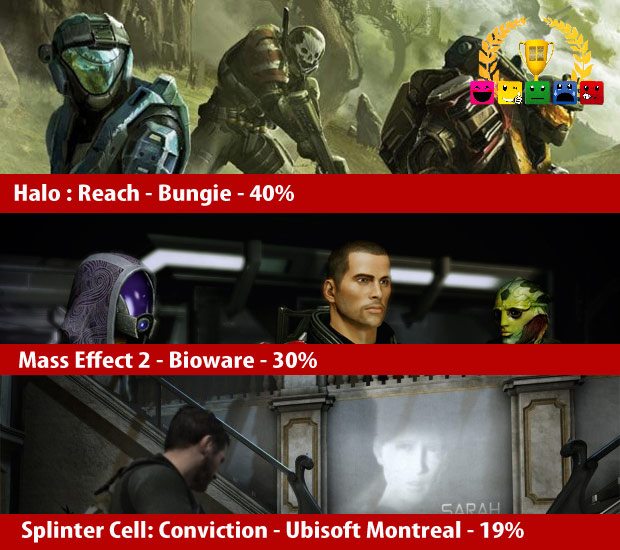