Xbox 360 SmartGlass features will roll out later this week

The latest news in the world of video games at Attack of the Fanboy
October 23rd, 2012 by William Schwartz 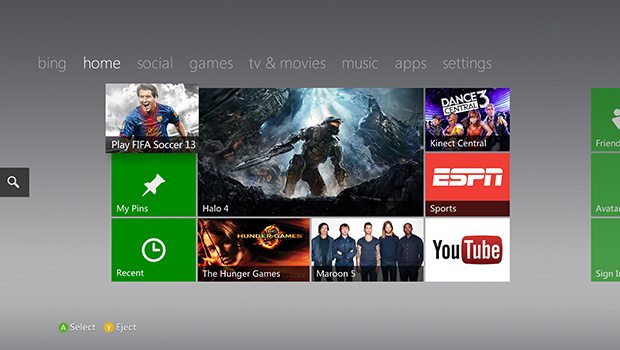 Xbox 360 users are in the midst of a community wide roll-out of the Fall Update for the console. The update brings a refined Metro dashboard with an updated layout for a better user experience. The update features the introduction of Internet Explorer for the console, recommendations, and the ability to pin games or apps to the start menu for easy access. There’s actually a ton of enhanced features in the new dashboard update that streamline the user experience, and the full list can be found here.

One of Microsoft’s most touted features at this year’s E3 Press Conference was the Smart Glass capability that was announced for the Xbox 360. Xbox SmartGlass will also arrive later this week when Windows 8 launches on October 26th. A SmartGlass App will launch on tablets, PCs and smartphones that will allow users to use their devices as a secondary “smart” screen to enhance the Xbox 360 experience.

Major Nelson explained that there will be around 20 apps with SmartGlass functionality when the software launches. Games that will include the functionality include Dance Central 3, Forza Horizon, and Halo Waypoint, among others. Look for the SmartGlass App after Windows 8 releases later this week.