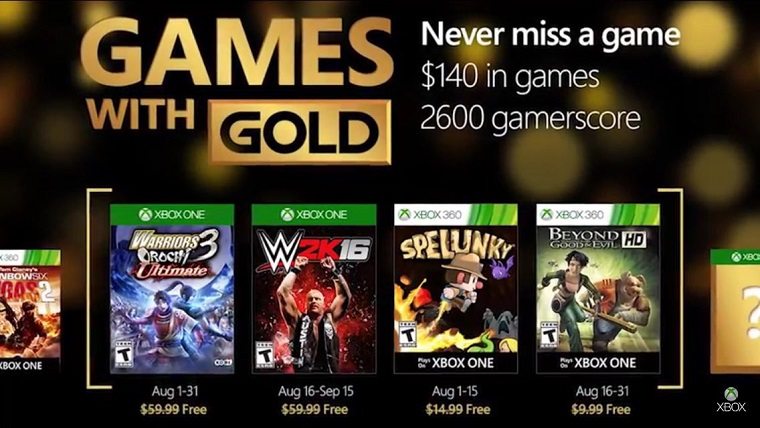 Microsoft has now officially announced the list of Xbox One and Xbox 360 games that you can download for free for the month of August 2016.

For Xbox Live Gold members, you can get two free Xbox One games and two Xbox 360 games for free. The list of games is quite impressive as there are some new releases there.

On August 1st, Warriors Orochi 3 Ultimate will be playable for Xbox One gamers. If you are a fan of Dynasty Warriors or Samurai Warriors, this game is perfect for you. The last day that you can download this game is on August 15th.

After that on August 16th, you can download WWE 2K16. This is quite generous since the game only came out in October 2015. WWE must have wanted to do this in order to hype up SummerSlam which is happening in August. One of the main events for SummerSlam will be Randy Orton vs Brock Lesnar, so Xbox One gamers can recreate that match.