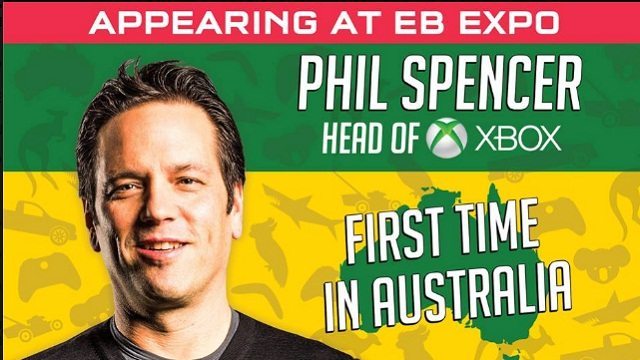 The Head of Xbox, Phil Spencer, is visiting Australia for the very first time later this year. He will be answering fan questions at the EB Games Expo.

The EB Games Expo posted more details of Phil Spencer’s visit to Australia on the official website. He will only be there on Friday 30th September at 11AM.

Here are the official details: Head of Xbox Phil Spencer is coming to EB Expo for his first Australian appearance! Phil Spencer is an icon in the gaming world and is set to inspire audiences at EB Expo with his only public speaking engagement in the country.

Phil Spencer leads the global creative and engineering teams at Microsoft’s premier consumer brand, is responsible for the Xbox console family of devices and accessories, Xbox Live service, and the gaming experiences and content across devices and platforms. A gamer at heart, Spencer has been instrumental in building a community of more than 48 million monthly active users globally on Xbox Live. Seating in the arena is strictly limited. Be sure to grab your EB Expo ticket and get in fast!

The Xbox brand is gaining strength and things will get more interesting next year with the release of the new Project Scorpio console. Hopefully Spencer is able to talk about the future of Xbox at the EB Games Expo.