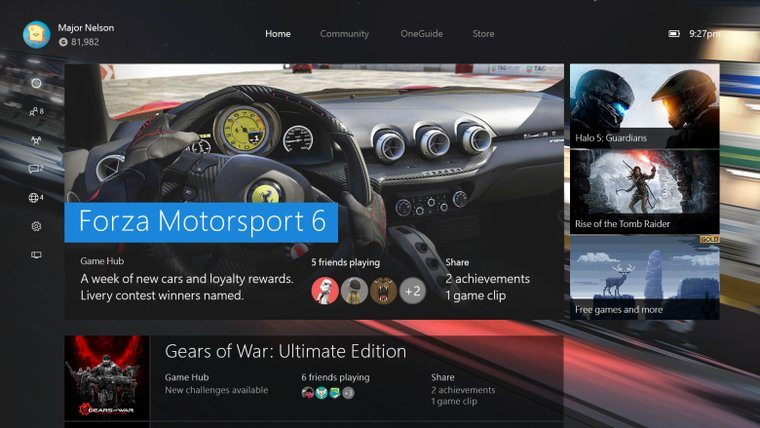 The Xbox One has had its fair share of changes with its interface since launch, but nothing is even close to the massive overhaul that is coming in what they calling the New Xbox One Experience. This won’t be coming until November, but they revealed that they were going to be slowly rolling it out to Xbox One Preview Program members, which has now started.

This New Xbox One Experience is completely changing the look that you know for the Xbox One dashboard, along with many other features that are not just superficial.

Thanks to Larry Hyrb, aka Major Nelson, through his Twitter account, we now know that the first round of Xbox One Preview Program members are getting a chance to check out the new Experience already.

“If you are in the Xbox Preview program, check your Xbox Live messages for more information about The New Xbox One Experience.”

It has already been said that the ones that will get invites first are those that have helped a lot in the past with sending in bug reports as part of the Preview Program, but still make sure to check your Xbox Live messages to see if you were one of the lucky ones.

From the message, just open it and choose to register. At this point, you can opt-in for the new update, or you can just stay in the regular Preview Program and get other updates for the time being. Make sure to keep an eye out for more invites in the time moving forward, as plenty more will be coming in the next couple months.