Xbox One Update Released to Insiders Overhauls Dashboard and More 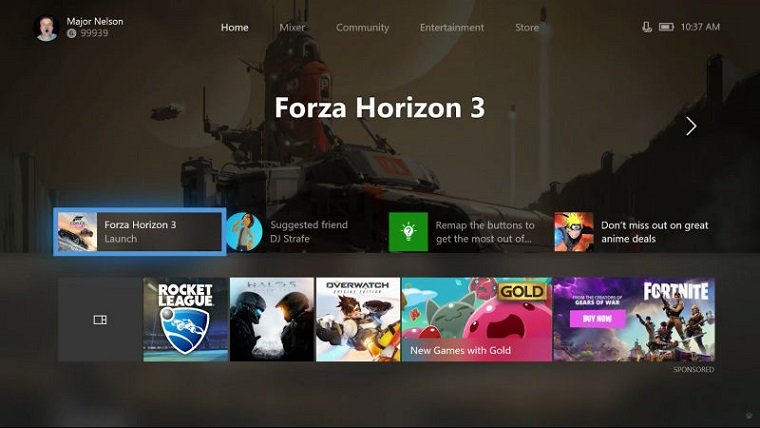 Over the course of its lifespan, the Xbox One has seen several iterations of its dashboard. The Home page has come a long way since its rocky launch, and now Xbox Insiders can look forward to another complete overhaul focused on customization. The update also features improvements to the Guide and Community pages, with changes to Avatars, Game Hubs, Profiles, and more coming this fall.

The new dashboard (shown in the video below) is all about personalization and putting more control in players’ hands. As part of Microsoft’s Fluent Design system, the dashboard has been revamped so players can create Home pages unique to them. Players can create entire blocks of content by adding specific items to the page. If you have a favorite game or friend, you can simply select one, press the Menu button on your controller, and then “Add to Home.” These Blocks of content will evolve over time as well. By adding a game to your Home page, an Activity Feed post from the developer may be pulled up, alongside suggestions for your next Achievement and a quick shortcut to its Game Hub. Another big improvement is the elimination of a few splash screens, cutting down on the wait time between Home, Social, and My Games and Apps, which have been consolidated into one dashboard experience.

Xbox’s Guide has now been made faster than ever, letting players quickly switch between different tabs. New tab flyouts also make it easier to see more content quickly by using the bumpers on your controller. Sign-in, Achievements, multiplayer (including parties, Looking for Group, and tournaments), People, Home and recent, messages, broadcasts and captures, and a new action center (including settings) each have their own tab in the new Guide.

To create a more immersive community, the community section will now feature a new Activity Feed layout. When viewing content in detail, they will be presented in full-screen. The comment window can be expanded to fill the whole screen too, making it easier for players to read them. Game Hubs, Profiles, and Clubs will also be refreshed to make them more engaging.

This update is currently available for Xbox One Insiders, but will be coming to everyone sometime later this year.