Xbox One Windows 10 Dashboard Heading to Preview Members in September 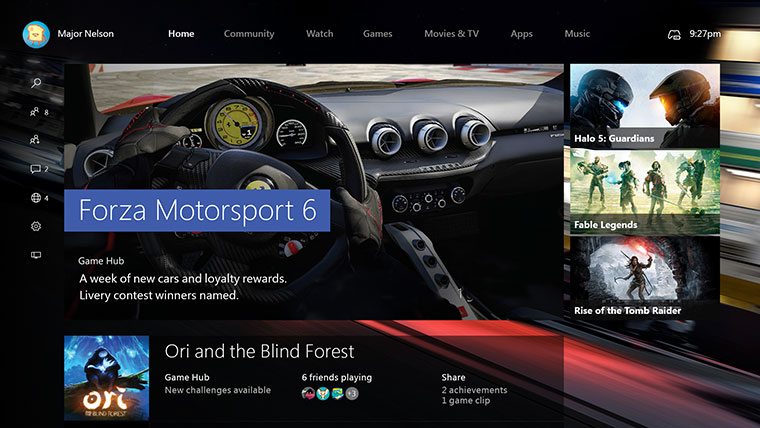 The new Xbox One dashboard that incorporates Windows 10 into the console was announced today to arrive November for all console owners.  However, if you happen to be in the Xbox One Preview Program, you’ll be seeing these new features in September.

Mike Ybarra, who works on the Xbox & Windows Platform development, revealed the dates via Twitter.  Ybarra also revealed small morsels about the new dashboard, the goal of which is to make the Xbox One “faster and easier.”

While a lot of the features for the new dashboard were outlined at E3 2015, Ybarra also talked about the new and improved Guide feature for Xbox One, one that he describes as similar to the one on the Xbox 360.  “It is fast and gets you to the things you want in a click.”

Microsoft has a pretty strong track record when making significant changes to the Xbox dashboards with their fall updates.  At the end of its lifespan, the Xbox 360 looked nothing like, and had much more functionality than it did at launch.

The Xbox One seems to be shaping up for a similar trajectory.  It’s unclear just what features will be available on the Xbox One in September for preview members, but if it’s anything like Xbox 360 beta tests the features will roll out in incremental updates all the way up to the public launch.