The latest news in the world of video games at Attack of the Fanboy
April 7th, 2017 by Jose Belmonte 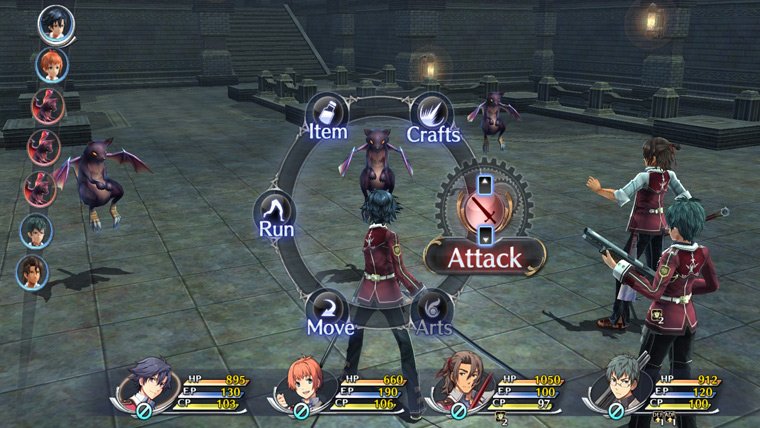 Fans of The Legend of Heroes series will be excited to know that XSEED Games is planning to release the most recent entries on Windows PC before the end of the year. The selected titles will be Trails in the Sky the 3rd, Trails of Cold Steel and Trails of Cold Steel II, with the first one arriving in May, in what would be its first English release.

The Legend of Heroes is an RPG series that has been consistently gaining support among fans of the genre in recent times. Most entries are playable on PlayStation 3 and PlayStation Vita, while it has also been ported to PC in the recent years, with enough success to justify today’s announcement, which fulfills the fans’ hopes to see most of the series in the platform.

The games are developed by Falcom, but XSEED is the one in charge of localizing them for Western markets. Originally the company had many financial issues with the series, as they required a big investment for translating the long scripts, although in recent years the continued expansion of the digital market has made it easier to get a profit out of the releases.

The Legend of Heroes: Trails in the Sky the 3rd will be launched on May 3rd, and it marks the first time that this game is released outside of Japan with an English translation. Its arrival represents some specially welcome news, considering that the game is the closing chapter of the Trials in the Sky trilogy, whose previous entries are available on PSP, PSVita and PC.

The Legend of Heroes: Trails of Cold Steel is another spin off series based on the same universe, and the first entry will arrive to PC this summer with 50% more of voiceover dialogue than the current versions for PS3 and PSVita. The game is set in a military academy in the Erebonian Empire, with the main characters being part of the Class VII, the only group that doesn’t segregate aristocrats and regular citizens. This, in turn, allows the player to get to know the realities of both social classes. In time of its Japanes release in 2013 game was praised for eluding anime cliches in favor of building a story with depth.

The following entry, The Legend of Heroes: Trails of Cold Steel II, has also been confirmed to be released for Windows PC, although XSEED has not given a date yet.