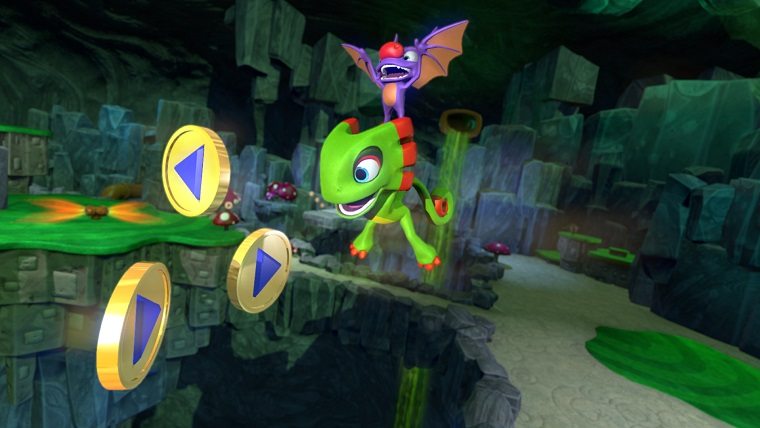 When it comes to downloading a new game these days, gamers are usually met with a huge file size than can take hours to download. Many AAA games can be somewhere around the 40-50 GB range, and some even go beyond that with updates. Those of you who plan on picking up Yooka-Laylee will be happy to know that you won’t have to deal with that common problem.

It has been revealed that the game’s PlayStation 4 file size is just 2.9 GB, which is fantastic to see in this day and age. The file size will likely see some deviations on the other platforms that it will be released on, but it will be somewhere around this one and that’s a great thing to see. Considering that deleting a game that you haven’t played in a while is a common routine when booting up a brand new game, you should be able to get going with Yooka-Laylee with no problems.

The game’s achievement/trophy list was revealed last week, which has plenty of collectibles for fans to sniff out if they plan on completing the game. You can check out the full list by clicking right here, though beware of slight gameplay spoilers.

Any fans of Banjo Kazooie or mascot platformers in general have a lot to look forward to in Yooka-Laylee, which aims to deliver a type of game that is of a bygone era. Platforming is its main focus as you maneuver with Yooka and utilize special moves with the help of Laylee to reach tough spots, similar to how you would in the Banjo Kazooie series. A toybox demo for the game was released last year, which we covered and had a lot of fun with.

It won’t be much longer until this Kickstarter-funded project is finally in the hands of gamers, as it will launch for PlayStation 4, Xbox One and PC on April 11th. The game is also set to be coming to Nintendo Switch at some point this year, but a release date for that version has not yet been revealed.