The latest news in the world of video games at Attack of the Fanboy
January 30th, 2017 by Joanne Choi 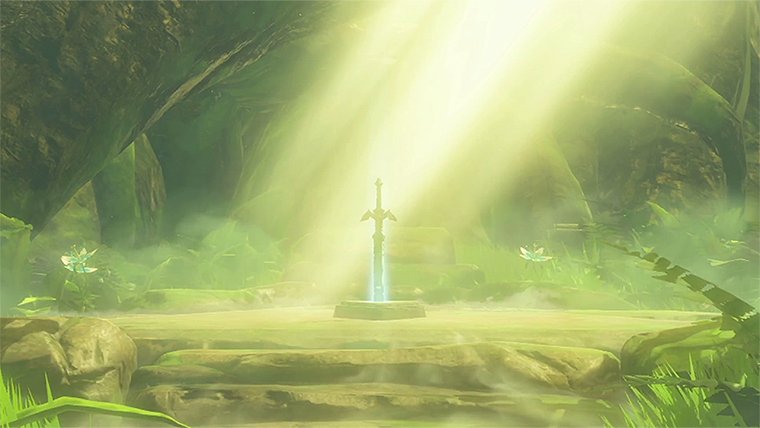 Producer Eiji Aonuma recently sat down with Gamekult, a French game outlet where he discussed some key elements presented in The Legend of Zelda: Breath of the Wild translated by Nintendo Everything.  With roughly two months away from release date, numerous interview requests have been spawning in anticipation of Nintendo’s upcoming game.

Gamekult asked what inspired an open world environment, Aonuma stated, “The wish to create an open world game came shortly after Skyward Sword was finished.  We realized that the way you flew from one area to another, with no opportunity to walk instead, had frustrated a lot of people who wanted to know what was hidden between the regions.”  This urge of wanting to explore and roam freely about the land led to the creation of an open world.

Aonuma went on about working with Mr. Miyamoto and that their different perspectives of the game, later they agreed when Miyamoto said, “…the essence of The Legend of Zelda is an environment where Link evolves and gains power, which players will directly feel through the actions they can take as the story goes on.”   He continued, “We wanted people to be able to feel things in a “realistic” way…This physically lived experience is very important.”

Having worked with Monolith Soft previously in Skyward Sword on graphic design, Aonuma mentioned, “…we’ve been assisted by level designers used to large game areas, in order to make topographic arrangements.”  Being the first time to use voice acting in a Zelda game, it has resulted in a mixed reaction among fans.  The producer commented, “We were originally only going to dub the major cut-scenes…But given that Breath of the Wild contains a large number of cut scenes, we decided to hire voice actors for all sequences.”

When asked what the overall theme of the game would be, Aonuma said,

“Climb, live, protect…That is truly the essence of the game.”

The fact that one “…can explore by climbing anywhere, exist in harmony with the world that surrounds you and protect something or someone to accomplish a mission.”  It appears Aonuma is highlighting the main necessity for survival, as depicted in game where Link is chopping down trees, fishing, hunting for food, and cooking.  Making his own clothes from nature scraps trying to sustain in an apocalyptic setting, where the future is uncertain.   Giving a very raw sense of the world, as the protagonist strives through the wilderness.  Much like in reality in someways, where one must do all that he can to make it to reach his goal, sacrificing himself for his loved ones, going through trial after trial to win his prize.