The Legend of Zelda: Skyward Sword is almost complete 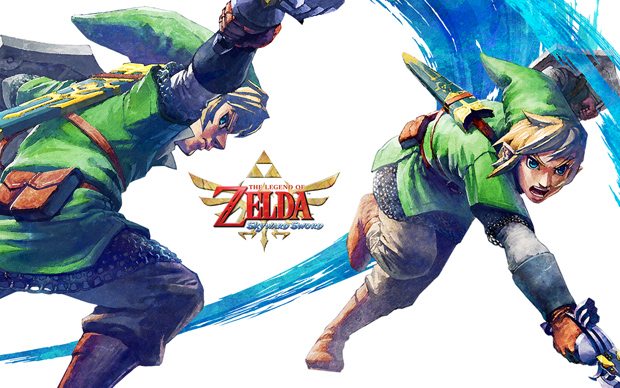 In a recent interview with Pocket Lint, Shigeru Miyamoto revealed that Zelda: Skyward Sword is just over halfway completed.  Therefore, a Nintendo 2011 release of its always anticipated next Zelda game, is certainly a possibility.

No firm release date was given but Nintendo has made it clear that they intend to release the game in 2011.Nintendo will be a busy company in 2011 with the release of the Nintendo 3DS alongside this one of the most popular franchises in gaming.

There are some in the industry that believe that the “odds are that the game won’t be ready until the summer or fall, rather than early next year”.

Regardless, there’s hasn’t been much to go with Skyward Sword.  Some cryptic E3 information and the known inclusion of motion controls for the Wii, some are quite nervous for this entry in the long-running Nintendo franchise.  With it being halfway home in terms of development, we should start hearing more information about Skyward Sword here shortly.

Not sure it matters all that much, really.  Nintendo fans usually buy in bulk when it comes to the Zelda franchise.  Good or bad, thick or thin, they usually don’t seem to mind.

Skyward Sword The Legend of Zelda
We're Looking For Contributors