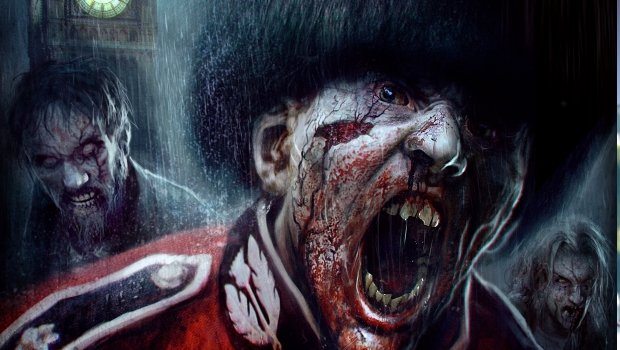 If you were impressed by the “making of” video for the E3 trailer of ZombiU, wait until you see this exclusive ZombiU gameplay footage from Comic-Con that’s sure to startle you. If you’re not startled by the infected Buckingham Palace Guards violently charging you, you will be when you remember and come to the realization that this is in fact a Nintendo game. That’s right. You’re shooting zombies and bashing them in the heads with cricket bats on a Nintendo console.

Ubisoft has released two new gameplay videos for its Wii U exclusive, ZombiU. The videos demonstrate how the innovative control scheme of the Wii U GamePad will be utilized. Actions such as picking locks, opening your inventory,and using radar devices are all performed using the secondary screen. As shown in the Buckingham video, scoping in with a sniper is also displayed on the GamePad as opposed to the TV.