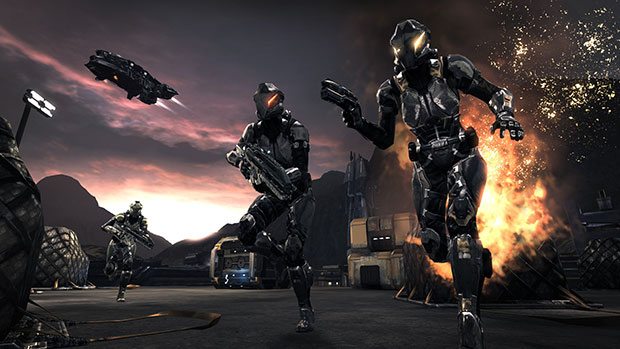 The open beta period for Dust 514 on the PlayStation 3 will begin on January 22nd, according to a press release from CCP Games.  The first person shooter that is directly tied to the Eve Online universe is due to arrive as a free-to-play title on the PlayStation Network sometime this year.

Both Eve Online and Dust 514 reside on a single shared server, which they intend to provide a persistent online universe where the two worlds collide.  It’s unclear how these two worlds will interact with each other, with one being a space combat simulator (Eve Online) and the other a first person shooter (DUST 514).

In DUST 514, players assume the role of deadly mercenaries who fight dynamic ground wars for dominance of planets in the EVE Universe. Players are armed with limitless customization options including weapons, vehicles, armor and specialized enhancement modules. In DUST 514 every action has real consequences that ripple across a persistent universe of countless players worldwide.