Evidence continues to mount for The Last of Us on PS4 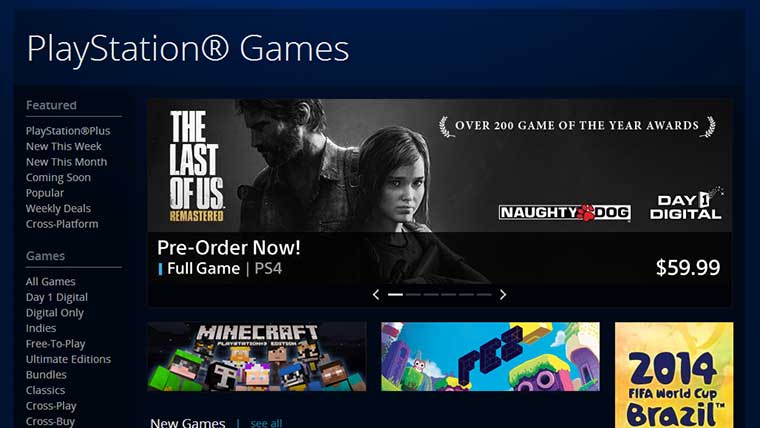 Update: Sony has since confirmed The Last of Us for PlayStation 4. SCEA has issued the following statement. “SCEA can confirm The Last of Us Remastered is coming to PS4, and we’ll be sharing more details with your shortly.”

Original Story: Evidence continues to mount for a re-release of The Last of Us on PS4. Earlier today, an advertisement was discovered on the PlayStation Store that allegedly revealed “The Last of Us: Remastered” for PS4.

Apparently the advertisement accidentally hit the PlayStation Store for a short time, before being pulled by Sony. While it was up, the name of the game was revealed, as well as the price. It looks like this PS4 version of The Last of Us will be a full-priced title. The ad listed the game at $59.99.

$59.99 sounds about right if the other rumors hold true, which peg the game as coming with all of the available downloadable content.

Sony has yet to officially confirm The Last of Us for the PlayStation 4, but it’s quickly becoming the worst kept secret for the new console.

playstation Rumor The Last of Us
We're Looking For Contributors