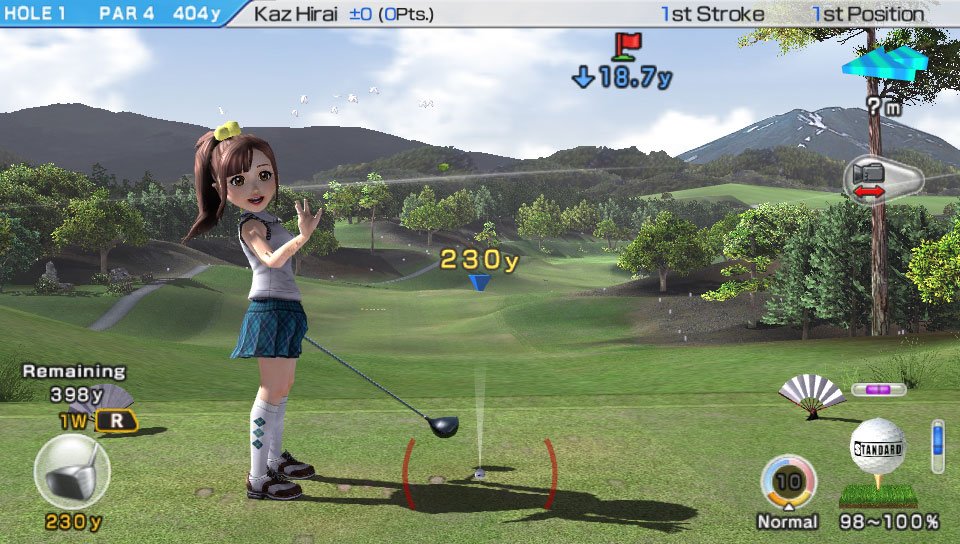 Sony has announced during its pre-TGS press conference that the popular Hot Shots Golf series is coming to the PS4 platform for the very first time.

If you live in North America, the game series is called Hot Shots Golf. In Europe and Japan, the series is known as Everybody’s Golf. Either way, the golf series was last seen for the PS Vita’s launch in 2012. This will be the first time the franchise will be hitting the PS4 platform, although the new game is hitting the PS Vita and PS3 too.

The new Hot Shots Golf title will make full use of the PS4 platform Sony explained. Brief gameplay footage was shown and the golf courses look more stunning than ever. The game will also still have cute looking character models for you to play as.

Sony also wanted the new Hot Shot Golf game to be playable for “everybody”. They mentioned unique features will be added to each platform, but didn’t go into full detail about it yet. They did reveal there will be more social aspects added. Their aim is to make the game accessible for everyone to enjoy.

No release date for the new Hot Shots Golf game on PS4 was shared yet, but more details are to be shared very soon.