Learn About PS4 and PS Vita In A Korean University 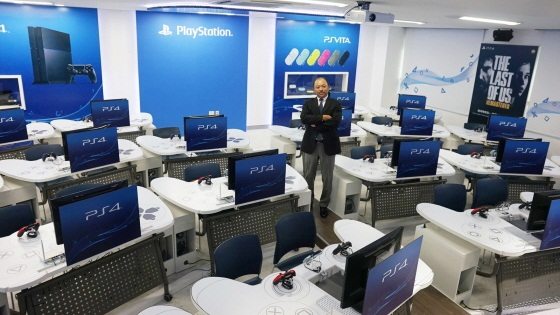 Sony has launched an interesting “PlayStation Class” at a Korean University where students learn about everything about the PS4 and PS Vita.

Games In Asia has reported Sony will be partnering with Sangmyung University Seoul in South Korea to launch a special PlayStation class for it IT students to attend.

The PlayStation class isn’t all about playing games though as it focuses on the development side of gaming. Students will get to learn how to develop games on the PS4 and PS Vita as well as the history of the consoles. Other lectures part of the class will be topics including “indie games, game marketing, game graphics, game music, and other development fields”.

If you look closely at the picture, you can see that the tables are of the shape of a DUALSHOCK 4 controller. There is also a HDTV plugged in with a PS4 and PS Vita at every desk. This is a dream come true if you are a budding game developer living in South Korea.

The PlayStation class still has mid-term and final exams so you do have to learn in the class. Still, this would be cool if Sony offered a similar class in another country. What are the chances if Xbox and Nintendo have their own University classes in the future?