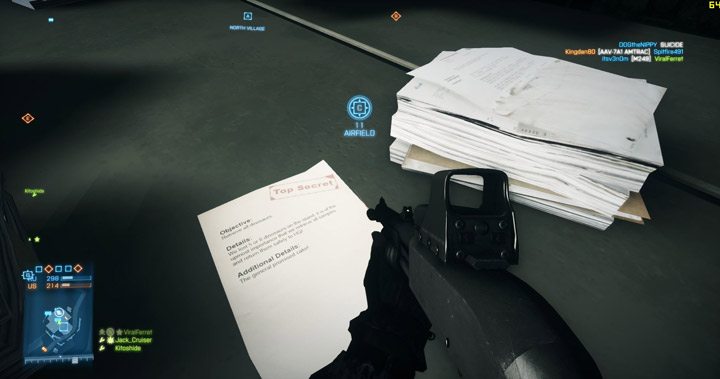 The hunt for Dinosaurs in Battlefield 3 is on. A new discovery by Redditor Simmerj94 has unearthed “Top Secret” documents in the Back to Karkand expansion.  The Easter Egg highlights a situation in the game where the team has lost “5 or 6” dinosaurs on the island.  As you can see in the image above, the top secret mission objective reads as follows:

This new easter egg follows alongside another image of a dinosaur that one user has already found on the island. Could we be getting some kind of DLC that involves dinosaurs from DICE down the line? It’s too early to tell, but the community seems to want it, and compares it to a “zombies mode” from Call of Duty.