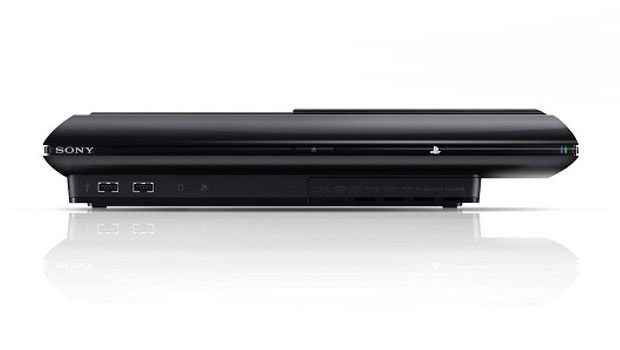 A new “super slim” model of the PlayStation 3 is rumored to be on the way.  A smaller feature set, which includes a base model with 16GB of flash memory, will come in at a thrifty $150.  This price reduction could be just the catalyst that Sony needs to come breezing by the competition in the final leg of the console sales race this generation.  Numerous games industry analysts have begun to chime in on the possibilities that a lower priced Sony PS3 Super Slim SKU could bring about.

“I think it is a big deal if the 4000 SKU as currently outlined is real,” explained Lewis Ward of IDC Research in comments to Games Industry.   Things are moving fairly quickly in the console hardware space right now and this design appears to be a major step toward making game consoles like plug-and-play living room appliances and set-top boxes. Storage is moving to the cloud. Not only does it allow for software piracy checking but it’s more efficient and saves money since many HD console owners today don’t wind up using all the onboard memory they have. Of course, Sony could also sell add-on memory.  I have no idea about the bill of materials but my understanding is that flash memory is disruptively inexpensive to manufacture. I don’t think it makes a lot of sense though for Sony to deliver a SKU that retails for much less than Microsoft’s 4GB Xbox 360 bundle, ~$200,” he claims.

“Perhaps this offering will be Sony’s final bid to drive up the PS3 installed base beginning this holiday season before turning its attention to the PS4. If the SKU proves popular it could push the PS4 launch window back to late 2014. I also think the PS3-4000 as outlined will put more pressure on the Wii U because then both its major competitors will have fairly compelling entry-level SKU priced in the $200 range. They’ll be competing in Nintendo’s historical kitchen as it were.”

As it stands some analysts aren’t convinced that the new SKU will drive more sales to the PS3.  Michael Pachter is one of these non-believers.

“I think that the success of the 4GB Xbox 360 should have been emulated a long time ago.  You’re right that flash memory is cheap enough to allow Sony to price pretty competitively; I don’t know how badly it will hurt Xbox, given that the PS3 has been cheaper than the core Xbox 360 for almost a year without significantly cutting into market share.”

At this time, Sony has not confirmed that this lower priced, lower specced, Super Slim PS3 even exists.