Why Resident Evil: Revelations isn’t coming to the PS Vita 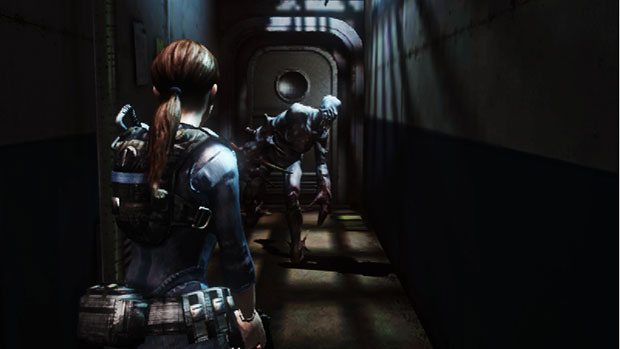 Earlier this week Capcom announced that Resident Evil: Revelations would be getting a multiplatform makeover.  The game which originally launched as a Nintendo 3DS exclusive will see release on the Xbox 360, PlayStation 3, Wii, and PC.   Though one console was missing from this announcement, leaving PlayStation Vita fans high and dry, yet again.

Why isn’t Capcom bringing Revelations to the PS Vita?  Capcom answered these questions on the PlayStation Blog, and it appears that these new games have been ‘honed for the large screen’.

“We really wanted to hone in on the experience you get with a large format screen, surround sound, etc.  This type of setup really helps players get sucked into the horror vibe and enjoy the game to its fullest extent,” said Mike Lunn of Capcom.

Moving Revelations over to the Vita isn’t as simple as just porting a 3DS version of the game, according to Lunn.  The two handhelds are “completely different beasts,” he explained to forum goers.

Reading the post, it looks like Lunn could explain until he’s blue in the face, but Vita owners are looking for something to engage with on the handheld, it’s unfortunate that it won’t be in the Resident Evil franchise just yet.