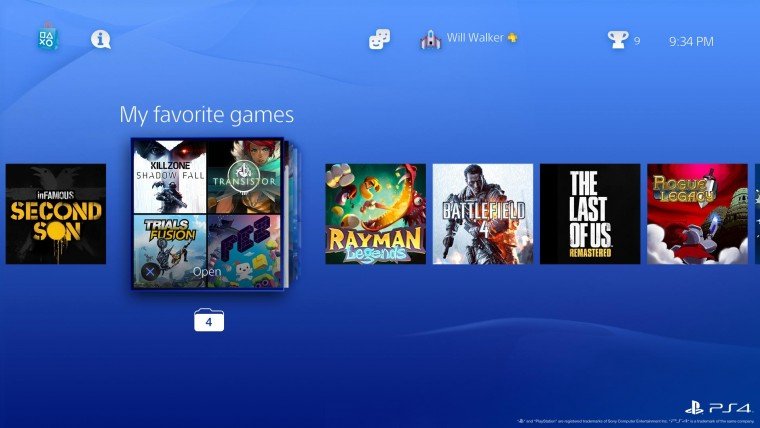 Update: NZGamer reports a verified Sony employee on reddit has confirmed the images for the UI are fake.

Sony might be introducing a new user interface (UI) for the PS4 very soon according to some leaked images that have surfaced online. The new UI could be coming in a new update due for later this year.

The new PS4 UI that is rumored to appear later this year looks a lot cleaner than the original look. First of all, you can organize the menu by creating folders now. Before, the PS4 games were just piled on the main menu in a big lump. This new UI makes things look a lot cleaner and more organized than before. You even create a folder called” My Favorite Games” so you can separate them from games you may not like and so forth.

Another new layout look is that notifications and trophies look better too. Before, notifications were small and somewhat hard to see. The new PS4 UI will make notifications bigger and easier to see. Notifications include any trophies you have earned or any game invites you get from your PSN friends.

It’s expected the new PS4 UI will be shown off in full at Gamescom. The images have just been prematurely shared online for all to see. In either case, this should make life easier for PS4 owners that feel the current UI looks cluttered.