Screenshots from the “Batcave” DLC for Batman: Arkham City 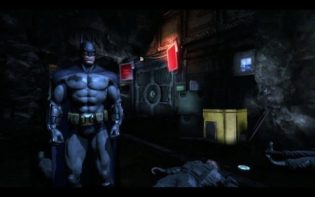 On December 20th, Batman: Arkham City fans will get another round of DLC content for the game.  Revealed last week, the DLC contains three new challenge levels:  Joker’s Carnival, Iceberg Lounge, and the Batcave as a bonus.

As Arkham City UK reports, The Batcave portion of the DLC will be an invisible predator map, where you’ll face Tyger guards and get to see some cool Batman backstory pieces like the Batmobile and Batwing.

As you can see in the screenshots below, the Batcave is looking pretty impressive.  No price has been revealed for this upcoming content, but be on the lookout for an announcement sometime before the content launches on the PSN and XBLM.