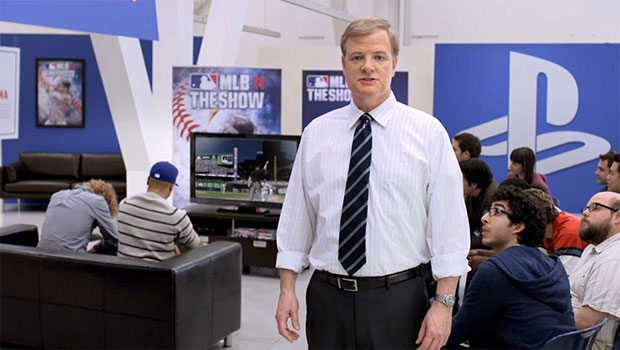 When the iconic and fictional character, Kevin Butler (played by actor Jerry Lambert), was found in a commercial for Bridgestone Tires featuring a competitors product, Sony called foul.  They entered into a legal battle with Bridgestone and Lambert, but it appears that Lambert and Sony have settled.

The terms of this settlement has Lambert staying out of video game promotion for the next two years.  After the two years are up, Lambert is free to promote any types of products he wants, with the exception being that he does not use the Kevin Butler persona.

For a good part of the PlayStation 3 life-cycle, Kevin Butler became synonymous with the PlayStation brand by playing the role of a funny executive in a series of  “It Only Does Everything” television commercials.   Lambert did finally fess up to the possibility that his involvement with another video game company could cause some confusion among consumers, but it doesn’t look like the actor will be returning to PlayStation commercials anytime soon.