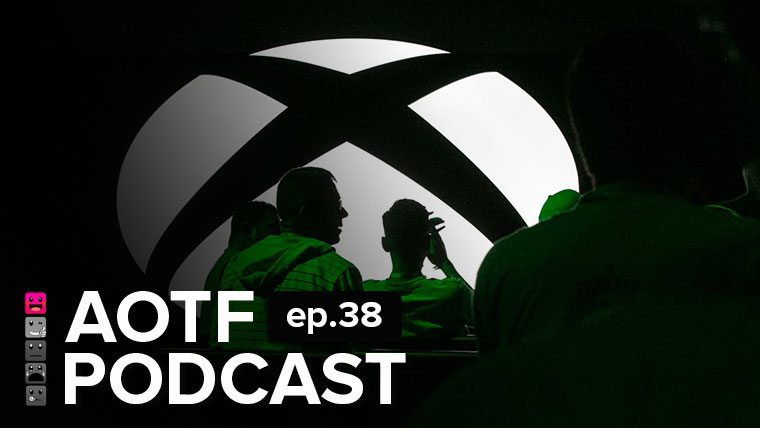 We’re back. After the endless slog that was E3 2016, Will and I have rested and processed the crazy week that was E3 2016. Now we’re gonna break the whole thing down for you in the AOTF Podcast #38. I make another push for why Sony won the whole show, while Will defends the “most powerful console of all time” and its high quality pixels.

In terms of games, I’ve already given my top 3, with Zelda: Breath of the Wild, Resident Evil 7, and Agents of Mayhem impressing me the most. Will was more intrigued by Battlefield 1, Sea of Thieves, and Ripcoil. Still, there were a whole lot of good games at the show, though there may have been a lack of great ones.

Civilization 6, Ace Attorney, Halo Wars 2, Far Point, Obduction, and many more were fun and interesting titles in their own ways, though maybe they weren’t our favorites overall. What really caught our eye were all the VR titles being shown at E3 2016.

It was essentially the year that VR moved out of the back corner and into the spotlight, with Sony making a massive push for their PlayStation VR headset, and Oculus and Vive showing some second generation games. This means we’re beginning to move away from the more arcadey, experience style apps and into full-fledged video games.

We spoke with a lot of VR devs at the show as well, and the general consensus was that VR is in a very experimental stage right now. No one knows exactly what will work best, and how certain things should be designed. Shorter experiences work well with this, so they hit first, but now that standards are being formed, we should start seeing the more robust titles hitting.

Overall E3 2016 was another crazy show, though there were some differences from previous years that are worrying. We’ll have to wait for E3 2017 to see if things are actually turning bad, or this was just a slightly off year for the show.