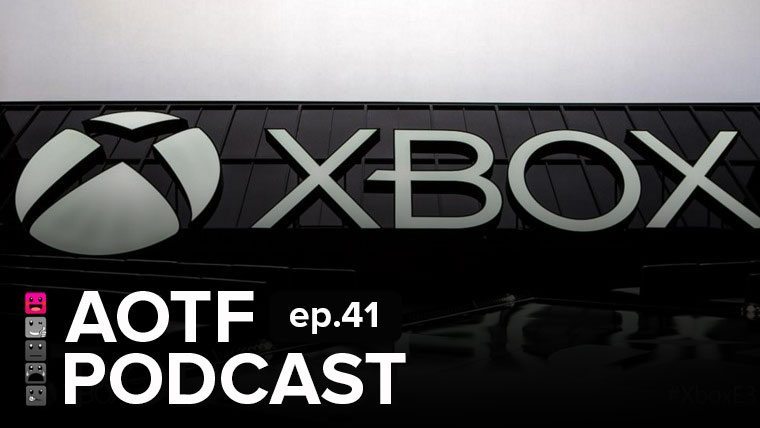 The AOTF Podcast heads into Episode 41 with a bit of a light week in terms of news. Sure, stuff happened, but there was little that reshaped the gaming world, like we’ve seen recently. There may have been no brand new, major announcements, but what did happen this week was still pretty surprising and important.

Starting off with the death of Battle.net, being reborn into…well, no one knows what yet. The iconic Blizzard online gaming service is getting a rename, likely more inline with other Blizzard products. Dean and I, put forward our own ideas, but they’re all pretty standard and boring, which is why the loss of the awesome Battle.net will always be unfortunate.

Our other big topic of discussion centered around Xbox One’s Project Scorpio. The “most powerful console of all time” got even more hyperbolic this week with the assurance that launch games from Microsoft would “natively render at 4K.” This is one of two things, either a fabrication, or somewhat crazy. Even high end PCs have trouble pushing quality visuals in 4K and at a stable, high framerate. If Project Scorpio can do it, then it will likely also be the most expensive console of all time.

This isn’t necessarily bad, maybe it’s what Microsoft is going for. And after the disappointment that was the PS4 Pro, Dean and I are more open to fresh ideas from Microsoft. Still, the whole thing is shrouded in so much mystery and hyperbole that it just seems unbelievable that they’ll deliver on everything and keep it in a price that consumers will actually accept.

Other news included Hideo Kojima distancing himself from Metal Gear Survive, October’s disappointing Games with Gold offerings, and the first decent look at the upcoming Bayonetta amiibo. Along with some Nintendo NX speculation and rumors, which are getting a bit old at this point, that was all the news that was worth chatting about.

As far as what we played, Dean had a busy week. He gave high praise to Pac-Man Championship Edition 2, Forza Horizon 3, and FIFA 17. I played around with the Pokemon Go Plus, which went about as well as my experience has been with the game itself. To put it simply, awesome device that is completely broken.