The latest news in the world of video games at Attack of the Fanboy
November 20th, 2017 by Kyle Hanson 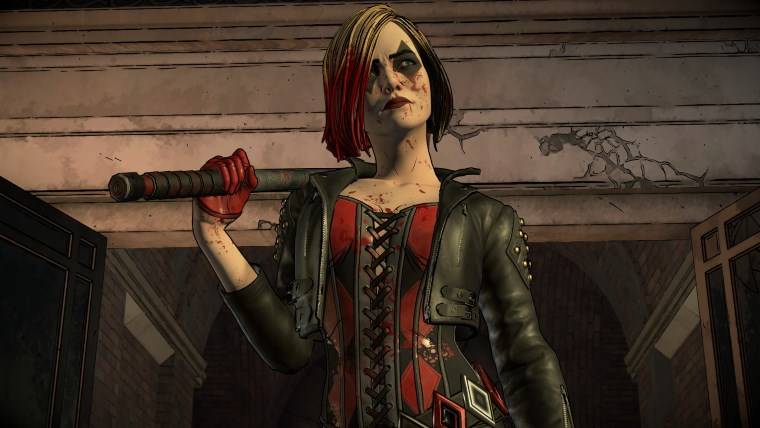 Following off an impressive first season, Batman: The Enemy Within has succeeded in surpassing its predecessor with two fantastic opening episodes. “The Enigma” set the stage with a mostly self-contained Batman adventure, pitting the Dark Knight against one of his oldest and most iconic foes. “The Pact” shifted things toward the longer, more overarching storyline, introducing Harley Quinn and her band of rogues. Batman: The Enemy Within – Episode 3 “Fractured Mask” continues this journey, offering up another satisfying episode, though not quite as stellar as the first two.

In Batman: The Enemy Within – Episode 3 “Fractured Mask” Bruce Wayne continues his attempts to thwart The Pact’s nefarious goals. The group, which includes Harley, Bane, Dr. Freeze, and John Doe (The Joker), have already plunged Gotham into chaos, and they aren’t even close to their grand finale. Wayne is undercover within The Pact, which might be a bit tough to believe, but adds a lot of tension and suspense to the game. You’ll have to juggle Bruce’s interests with The Agency’s all while maintaining your cover and trying to protect those around you. Of course, with the sudden appearance of Catwoman at the end of last episode, that might be tougher than ever. 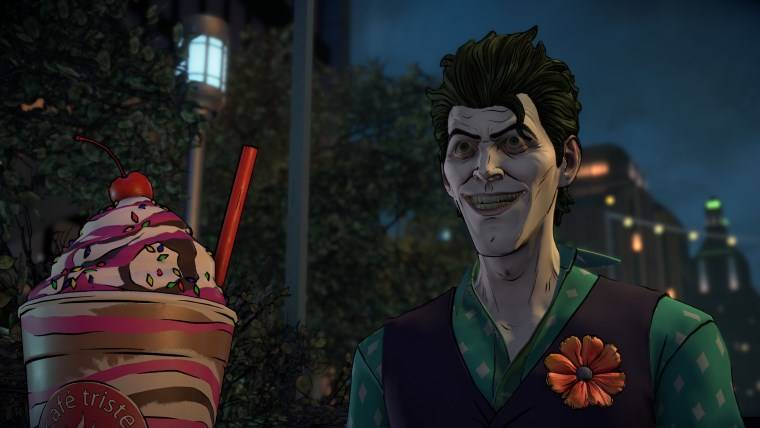 The middle of a Telltale series can either be the pinnacle of its quality, or it can serve as a transition point into the finale. “Fractured Mask” is firmly in the latter group, though it is still an enjoyable episode by itself. The tension between Bruce and Catwoman is the real star of the episode, with John Doe throwing in some fun twists of his own. Bruce’s undercover work gets even more intense, though this also stretches the belivability factor a bit more. Yes, I can accept that a billionaire will don a mask and suit and fight criminals, including a demented ice powered scientist, but accepting that that ice powered scientist will accept the billionaire as one of his own is a little too much.

The tension is running high here and Telltale’s writing is at the top of its game.

It’s a small criticism to make, but it is compounded by a few other events within Batman: The Enemy Within – Episode 3. This includes pretty much everything involve Commissioner Gordon. The Agency’s Waller and Gordon have been at each other’s throats all season, but things shift toward the unbelievable within this episode. For little reason Gordon becomes obsessed with certain people and actions within the story. He then goes very far in screwing things up for Bruce as he tries to stroke his own ego. This seems outside of his character, even if there were attempts to play into it with his feud with Waller.

Beyond the story there’s a little bit of trouble as well, but still not much. This episode seemed to be less stable than its predecessors in a few cases. The framerate was mostly solid, but would hitch or dip on rare occasions. Some audio glitches popped up as well, but again they were few.

These few things aside though, Batman: The Enemy Within – Episode 3 really does deliver another great entry in this series. It’s the weakest so far, but that is not saying much considering how strong the first two episodes were. Adding Catwoman spices up the story considerably, and the continuing developments surrounding Bruce, Harley, and John are fascinating. It’s rare for a game to make you think about the consequences of your actions as much as Telltale usually does, and this series has nailed that dynamic very well. 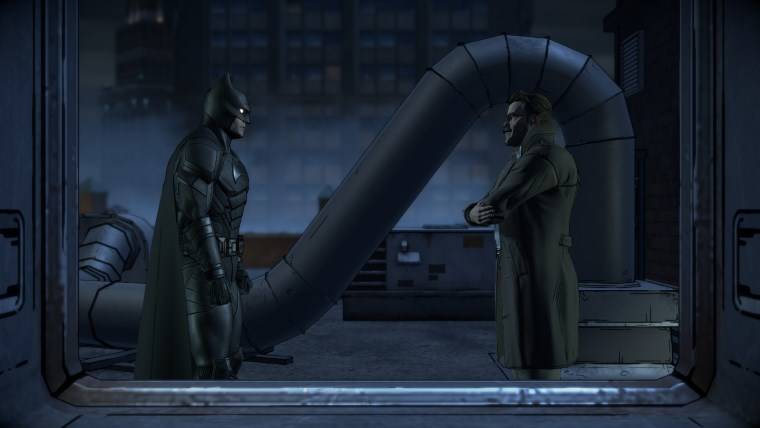 Gameplay wise this is the most Bruce heavy episode of possibly the whole series. You’ll play as Batman here and there, but the focus is squarely on Gotham’s favorite billionaire. This means more intrigue and dialogue over action and quick-time events. Some puzzles are thrown in as well, though these never really hit any real challenge, and instead just serve as a mild roadblock.

The graphics for this series continue to improve and continue to impress, with the lowered expectations around these types of games still firmly in place. This isn’t AAA visual material, but for Telltale this series has been a marked improvement over their earlier work. The styling is great, with characters, clothing, and environments being of particular note. The updated engine Telltale has been using lately is still improving greatly, though it’s still true that it could use some extra polish here and there. Music has also always been a strong suit for this franchise, with themes echoing throughout this entire series.

Acting more as a transition episode, Batman: The Enemy Within – Episode 3 “Fractured Mask” is another great episode in the series, even if it isn’t as fantastic as the first two. The tension is running high here and Telltale’s writing is at the top of its game. If the last two episodes can live up to the first three this will easily go down as one of the developer’s best.

Batman: The Enemy Within - Episode 3