The latest news in the world of video games at Attack of the Fanboy
January 17th, 2015 by William Schwartz 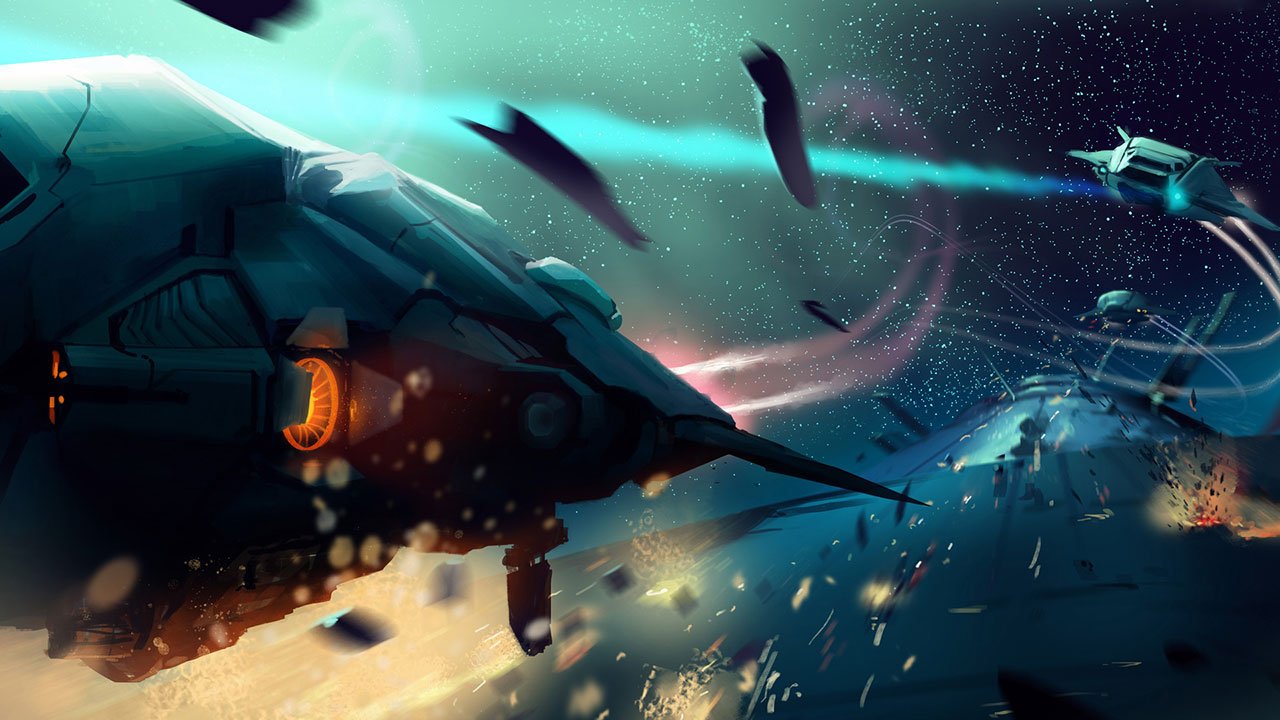 It’s not easy to review a game like Elite: Dangerous. It’s a big open world, massively-multiplayer-at-your-whim game. Experiences will vary dramatically.  Add in the fact that this is only the beginning of the long journey for Elite Dangerous, as the game will get continued improvements and content updates, and it won’t be long before you just can’t help but wonder “am I playing a very elaborate pseudo-early access game?” The short answer is yes. The long answer is kind of.

For all of you reading this review not knowing what Elite Dangerous is, Elite: Dangerous is the premier non-subscription-based space simulator on the market today. In it you will be able to get a chance to live the life you’ve always dreamed of if you grew up on movies and shows like Star Wars, Star Trek and Firefly: You get to be a spacer.

You and your trusty spaceship will be able to fly across the whole of the Milky Way, a 1:1 recreation of the galaxy we are in right now. All ~400 billion star systems of it. Suffice to say, it is absolutely enormous. That, in and of itself, is beyond impressive and being able to fly amongst the stars is a real treat. 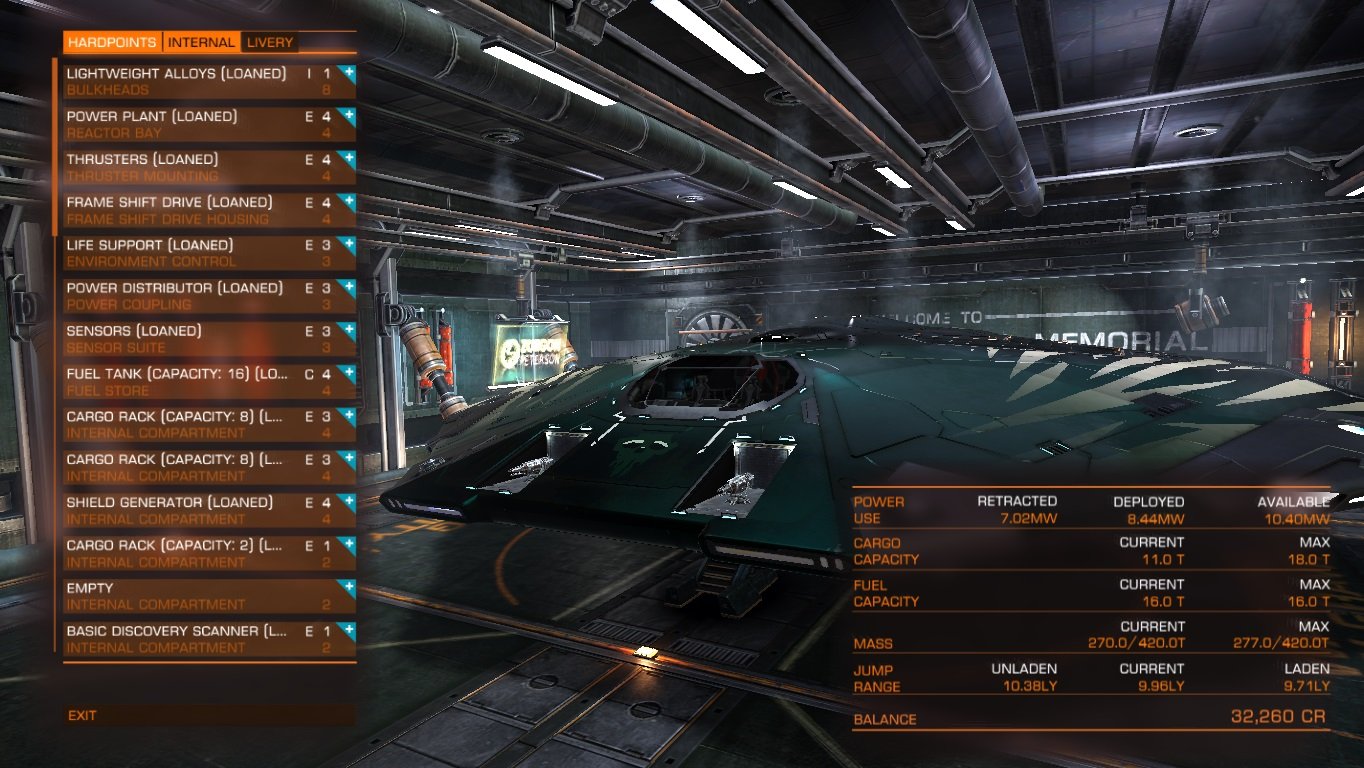 However, the time you spend inside Elite Dangerous isn’t just filled with mindless wandering through the universe. Instead, just as you would in real life, you will have a profession that will give you a steady stream of credits with which you can use to buy new ships or upgrade your current one. Trading, smuggling, being a courier, mining, bounty hunting, being a mercenary, pirating and exploring are just some examples of the type of jobs you will be able to partake in.

If everything you’ve heard so far makes you think that this is the kind of game you’d like to play, then this is basically the end of the review for you. The game is, all things considered, relatively bug-free and by far the best game of its genre that doesn’t require a monthly subscription fee on the market right now (and within the near future, or at least whenever Star Citizen decides to get its act together).

The controls will take some getting used to and if you have some sort of joystick or flight simulator peripherals, it will make it all the more easier to get sucked in. As with most games that require a certain finesse to be good at, while a keyboard and mouse suffice, they are far from being ideal. Also make sure you have an internet connection, you’re going to need a good one to take advantage of the massively multiplayer aspects, but a piddling one would suffice for solo-play assuming you are patient enough for it to finish downloading. Happy space-faring!

For the rest of you who are on the fence about Elite: Dangerous after reading what I’ve written so far, the rest of the review is for you. 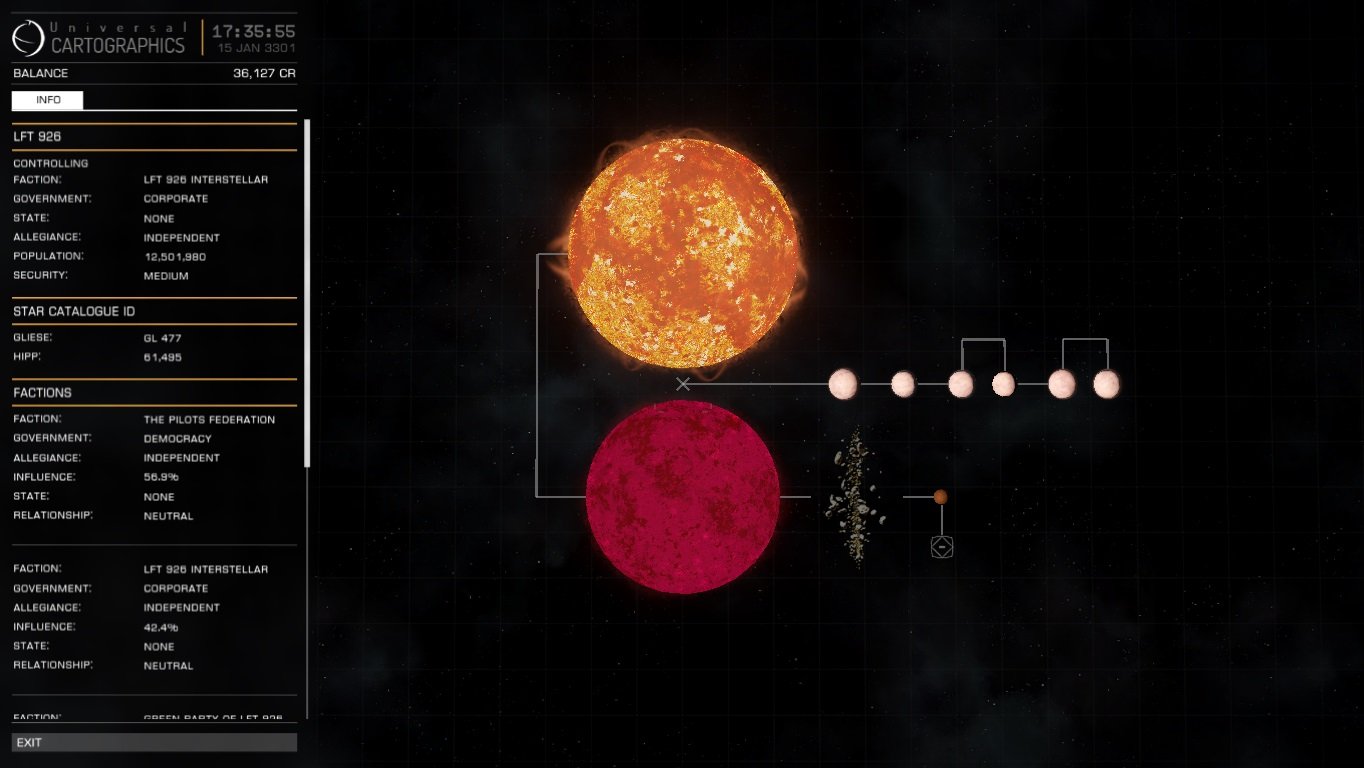 One major drawback for Elite: Dangerous is that it requires a lot of enthusiasm on the player’s part to really get enjoyment from it. Why is the enthusiasm necessary? Because Elite: Dangerous is a time-sink. Initially, it is a great consumer of time due to the learning curve. It’s not impossible if you know what you’re doing, either through previous experience with the series or watching Youtube videos about it, but it won’t be easy.

There is a large library of tutorials available for you to play through in-game, ranging from the very basics to some much more advanced things like how to run silently to catch your prey unawares. Anything you don’t learn in tutorials you can easily find on the web. However, you’re not going to just be able to feel your way through this game unless you are some sort of space-game savant. If you are going to want to play Elite: Dangerous properly, not just hurtling through space hitting every random object possible, you will need to commit a fair amount of hours into learning how to play. 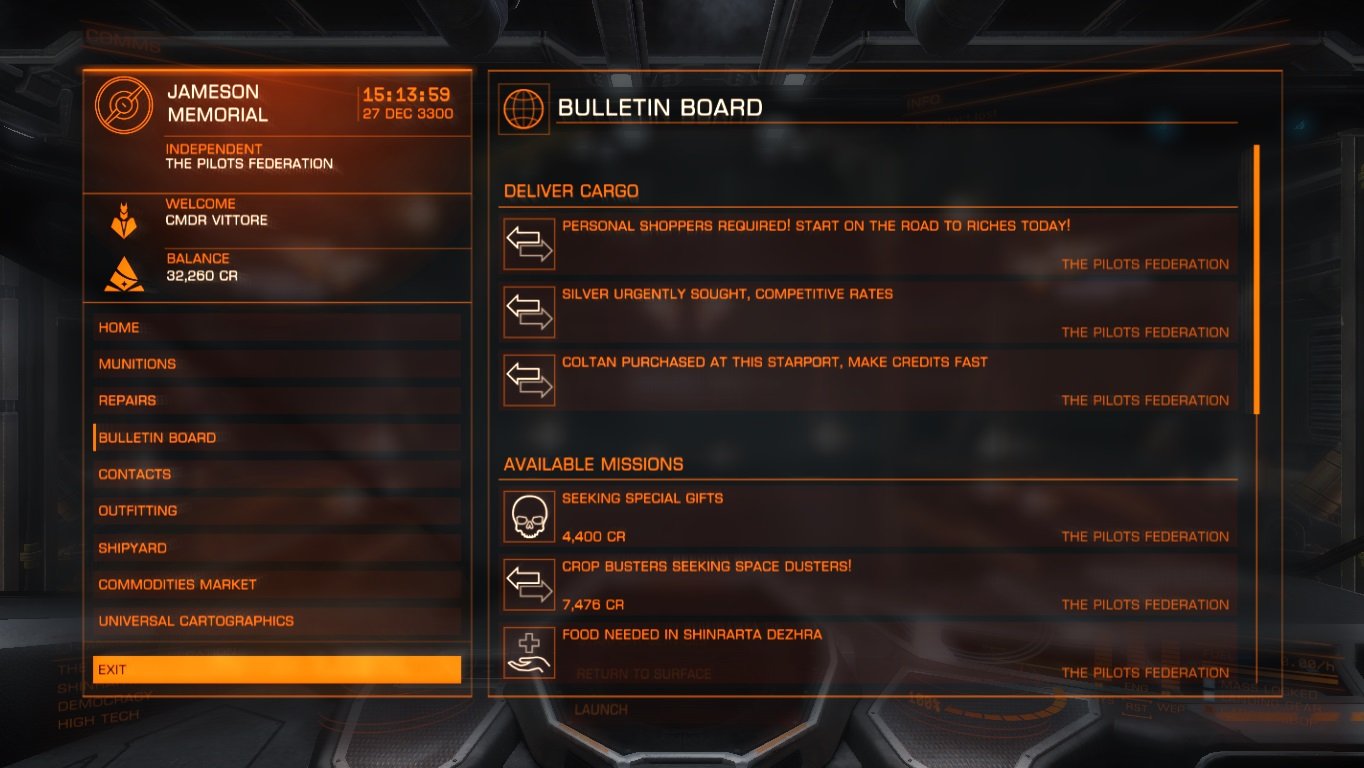 Say you have now mastered all the controls and mechanics of Elite Dangerous (or you’ve given up because of how overwhelming it can be and just ran through the need-to-know tutorials), it’s smooth sailing from here on out, right? Well it depends on what smooth sailing means to you. If zipping around desperately in the default ship, performing odd jobs trying to make enough credits to get a new one befitting of the role you wish to play in the galaxy is your idea of smooth sailing, then yes, smooth sailing it is.

Unfortunately, unless you’ve decided to fork over even more money to buy a starter pack of some sort that grants you extra credits and a better starting ship, you will begin your life as a spacer, destitute, whose sole possession is a rusty bucket with engines strapped onto it. Player ambition goes a long way in Elite Dangerous, but just like in real life, you need money to make money.

For instance, if you want to become a miner, not only will you need a larger ship that can carry more cargo, thus making each mining expedition all the more profitable, but you will also need to purchase a mining laser, a refinery module and, optionally, some method to defend yourself from scummy pirates. You might even need to upgrade your power supply to accommodate all your new modules. Adding all of the credits needed to get started and you will find that, with trading and the bulletin board, the place where you get odd jobs like bounty hunting, smuggling and delivery contracts, as your only initial sources of income, you will be spending a lot of time doing a lot of flying and not a lot of money-making. 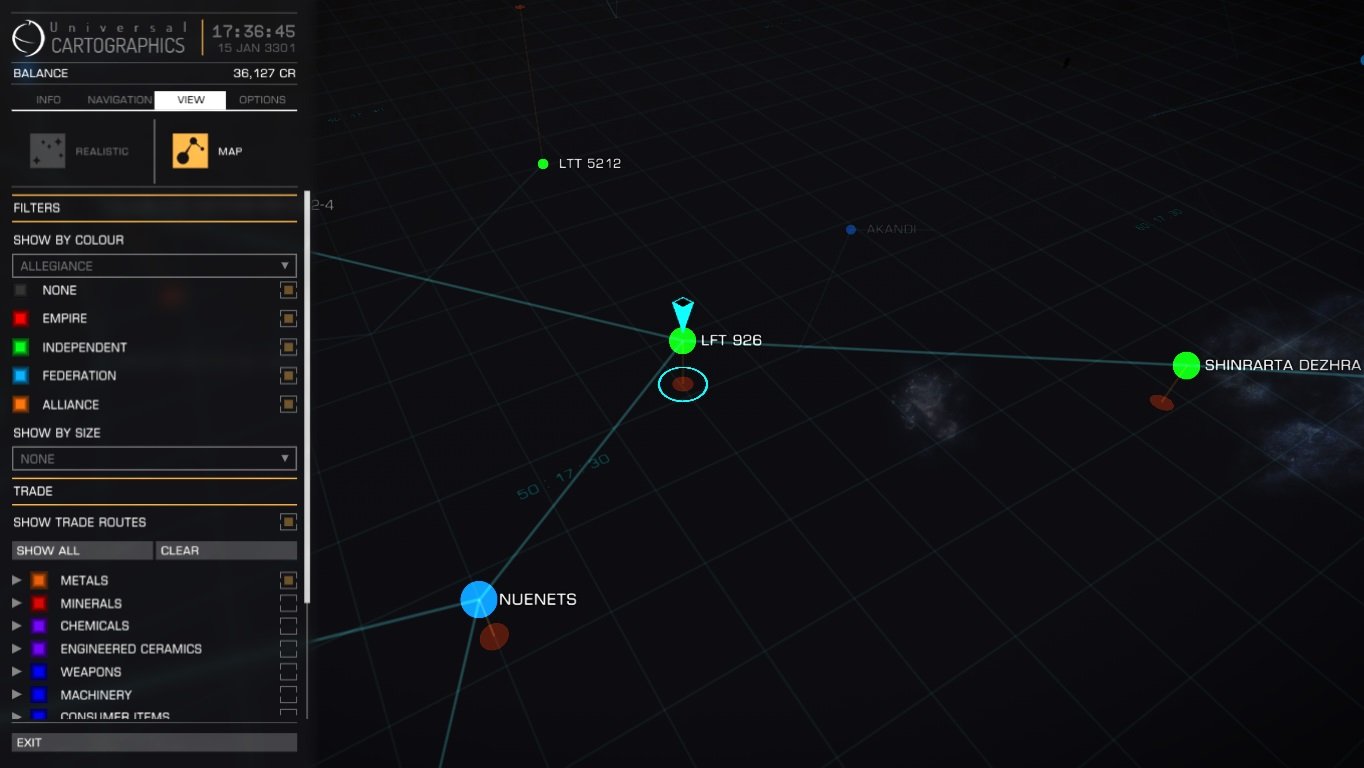 The size of the galaxy doesn’t particularly help in the time department. The image above and below are of the same system, just with different zoom magnification. Each dot is a star system and as you can see, there are a lot of them. Traveling light years takes time, even if you can travel multiple times the speed of light and no matter what kind of profession you wish to take up, you will be doing a lot of flying in the general direction of things, even more if you accidentally overshoot often, like I do.

The talk of the professions leads to the next biggest issue with Elite Dangerous: It gets really repetitive. And I’m not just talking about how all the bulletin board missions can be boiled down to “go here”, “kill this guy” or “bring back so-and-so amounts of such-and-such goods”. And sure, I can understand how some things will just end up being repetitive like mining, there’s only so much variety you can have with zapping asteroids and picking up the pieces you break off with a cargo scoop. But even the more adventurous professions can end up becoming a grind. 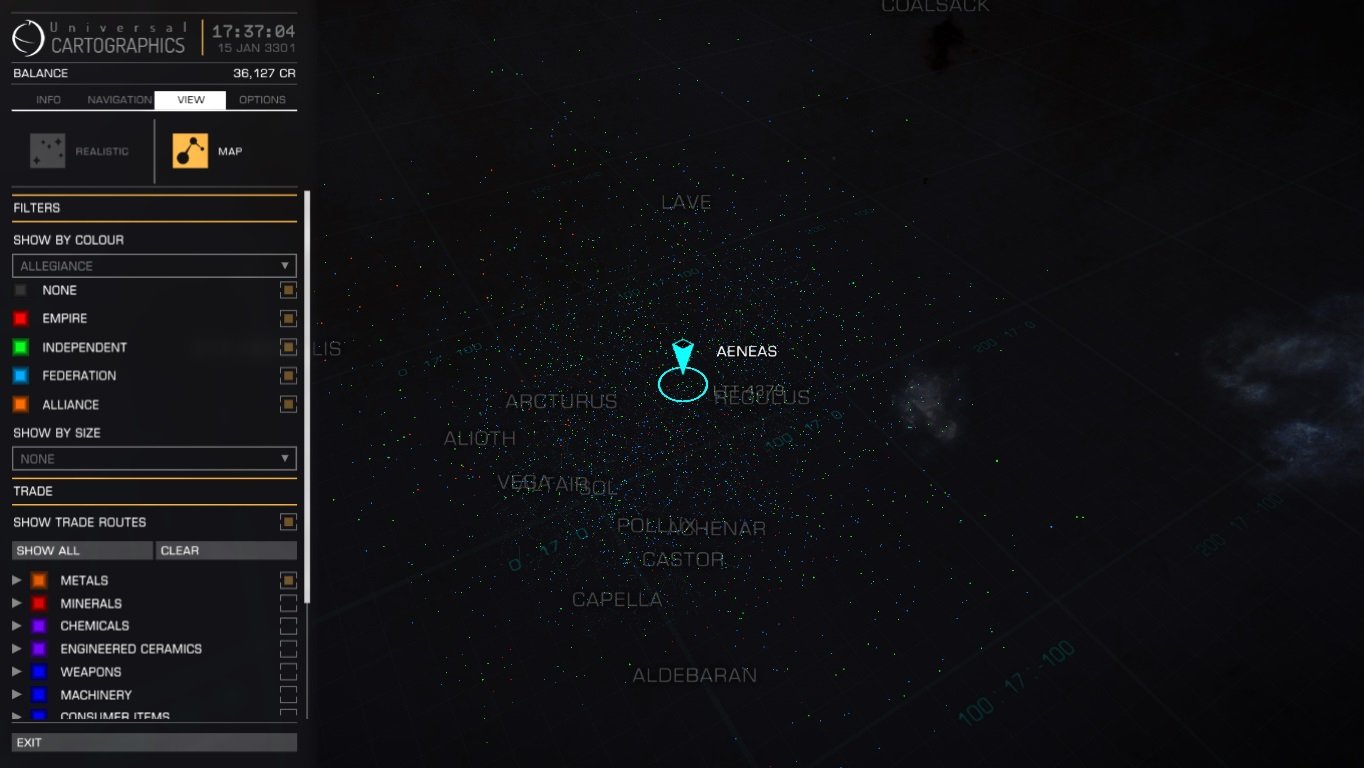 Combat, for instance, is something you’d expect great variety from. You have all sorts of different kinds of weapons available for purchase from missiles, fixed target lasers and gimbal-mounted (auto-aim) lasers. You have all different types of ships with varying maneuvrability and space for weapons. Unfortunately, especially if you try to pick a fight with better-equipped and savvy real people pilots, and not just AI, you will find that all your fancy weapons are largely ineffective. What all this means is that, eventually, no matter how well outfitted you are, you’re going to end up in a dogfight with your normal lasers.

Sure it’s fun the first ten times, but after that there really isn’t all that much you haven’t seen and done before. It gets repetitive, fast. Elite: Dangerous really just becomes a game of keep the enemy ship in your reticle. Same goes with any other profession be it exploration or trading. Combat is the one that gives the biggest potential for variety and seeing how quickly it can devolve into repetitiveness tells you all you need to know about the more mechanically repetitive professions. It’s the biggest complaint I have about the game, its repetitive nature.

I can harp on and on about how the game isn’t perfect in so many ways. Perhaps I can harp on about how incomplete and lackluster playing with friends is implemented in the game. Perhaps I could prattle on about the superiority of solo-play due to the lack of nutty fellow players. I could even decry how pointless it is to purchase (with real money!) decals and skins for your ships as you will only ever see it when you are in the hangar, you are in your cockpit otherwise. Even with all of the negative points I’ve brought up, the gist of this review remains the same: Elite Dangerous is a good game. 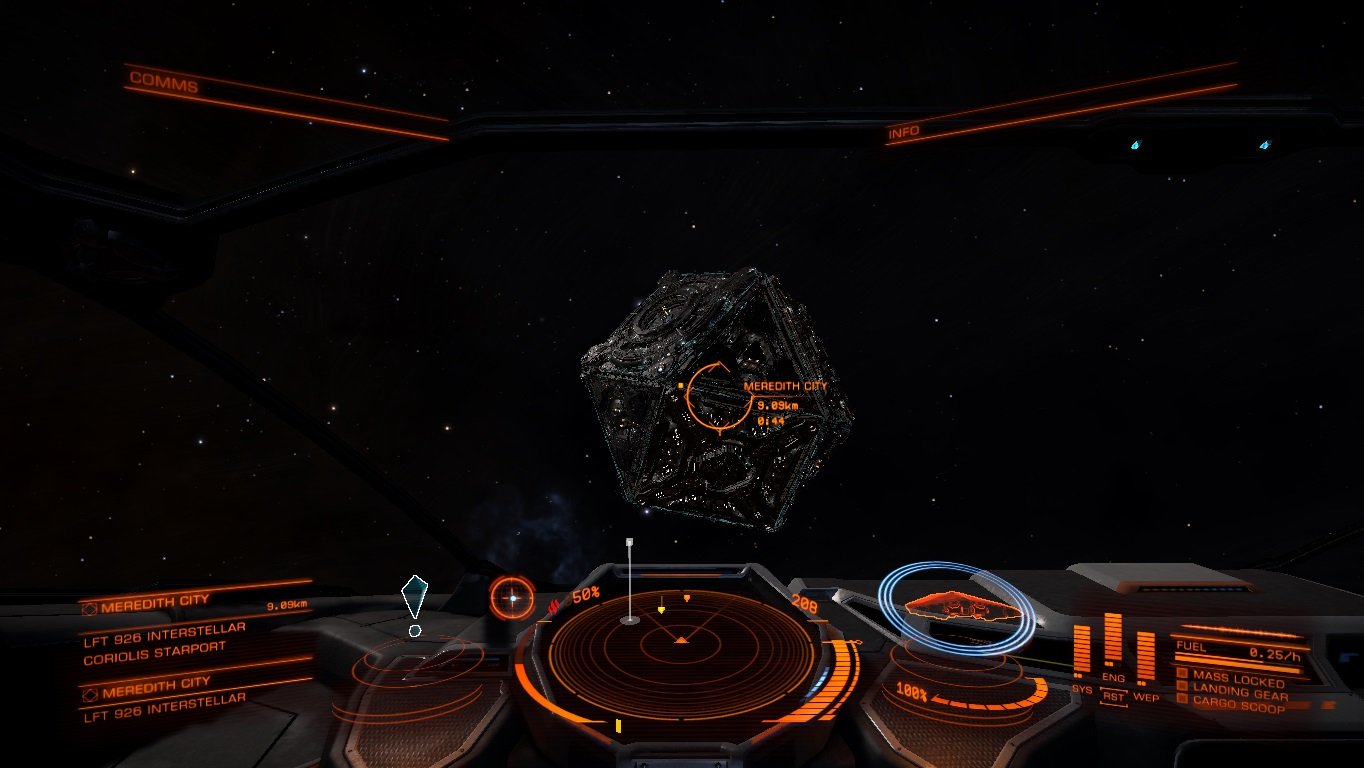 It is visually quite stunning. Planets, stars and nebulae look fantastic and whenever a developer is adjusting the effects of moons on the tides of their orbited planets, you know something is just very right. The game just works. It’s quite damning of the industry as a whole when such a statement is deemed as a positive, but such is life post-2014 for a gamer and just more proof that Elite Dangerous is on the right track.

Elite: Dangerous, however, is most hampered by Elite: Dangerous, or at least the promise and potential of Elite: Dangerous. The many, yet unimplemented, features that Frontier Developments have planned and/or are looking into such as being able to walk around your own ship, exploring space stations, performing space walks and landing on planets cast a very large shadow on the game we have available to play now.

Perhaps when David Braben and Frontier Developments finally hang up their boots for other projects (Elite: Dangerous 2, technically Elite 5) having deemed Elite: Dangerous complete with all the features they wanted, it might just become a classic, but it’s quite a ways from that right now.

Elite: Dangerous is a very ambitious title which has been implemented well so far. It has been officially “released,” but that really only means that anyone who has purchased a copy is now able to play whatever features Frontier Developments deems publicly ready. The current base form of Elite: Dangerous leaves much to be desired for the majority of players as, while the universe is exceptionally large with roughly 400 billion star systems spread across the galaxy, the activities you can actually do within the galaxy, while initially fun and engaging, are quite limited in scope and, frankly, repetitive. As it is now, if you’re looking for something relaxing and relatively stress-less to pass the time, Elite: Dangerous is your game. If you’re looking for a game that will bring hours and hours of new and varied excitement in your life, Elite: Dangerous just isn’t quite that game. Yet.