A party game with instant appeal. 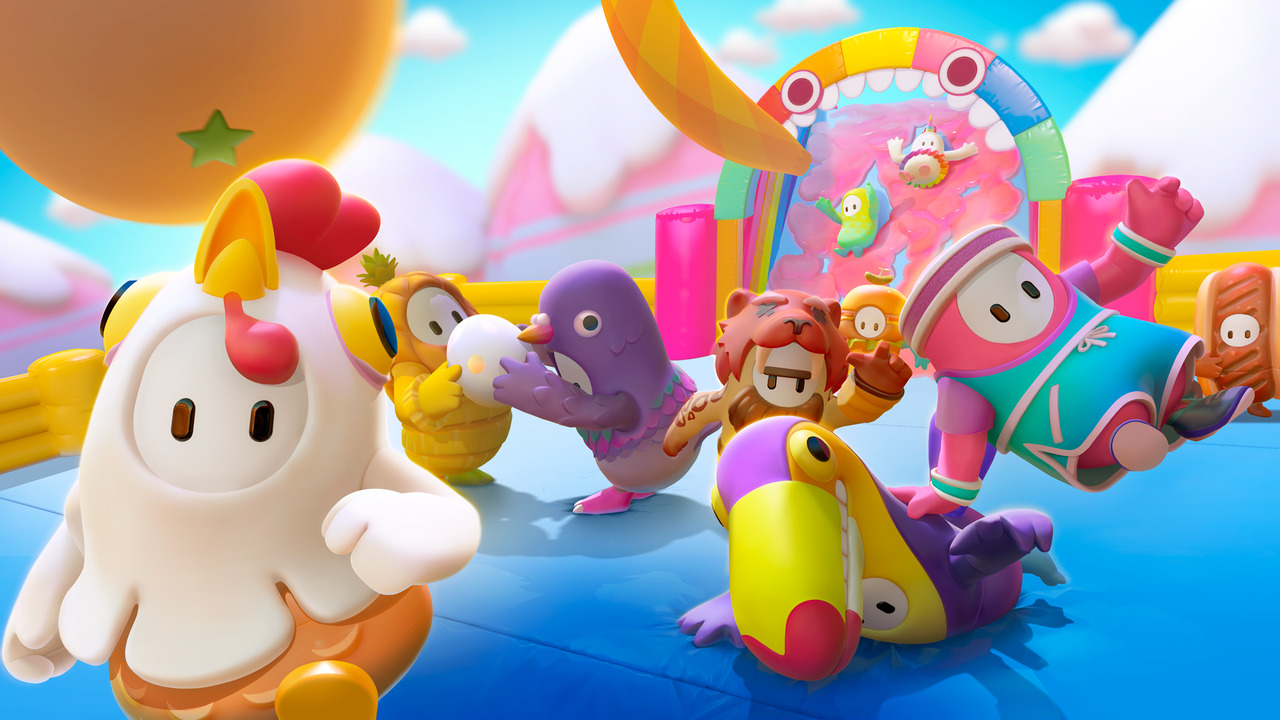 It’s hard to not fall in love with Fall Guys: Ultimate Knockout. Fall Guys places an unconventional spin on the ever-expanding battle royale genre, trading drop locations and ammo management for colorful characters and wacky physics. It’s more Mario Party than Fortnite, which is why the game has become incredibly popular since launch, drawing in so many players that the servers have been struggling to keep up. Each of the minigames presents a clear and obvious goal, and the mechanics are simple enough to make the game accessible for just about anybody. The game does a lot of things right, but the true genius of Fall Guys is that it isn’t about winning – it’s about not losing.

When you’re playing Fortnite, Warzone, or any of the other battle royale giants out there, the primary goal is to win. You drop into a match with the express purpose of eliminating every other player and being the last person or squad standing. Fall Guys matches eventually culminate in a duel to the death, but most of the game is spent just trying to get by. First place finishes are uncommon, but not coming in first doesn’t mean you’re out of the game. You can trip, fall, and stumble through an entire course and still qualify for the next round even if you finish in 37th place. Because of this, there are no “bad matches” in Fall Guys. You won’t drop into a match and get eliminated because you couldn’t find a weapon or the other players just had better gear than you. Of course, things naturally get more heated in the final rounds, but being placed at the back of the starting line is not the end of the world for a round 1 Whirligig run. The game’s relatively laid back and casual nature makes it easy for hours upon hours to slip by without you noticing. 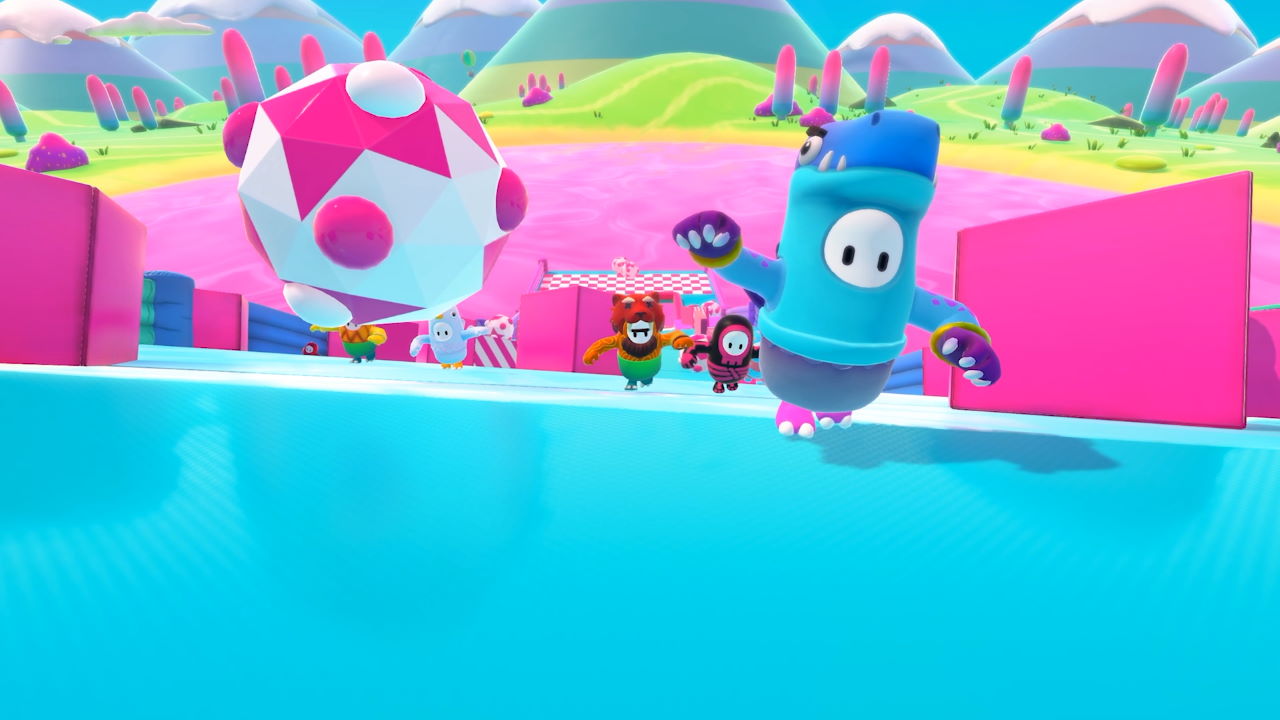 That’s not to say there isn’t any unfairness in Fall Guys, but the game isn’t meant to be totally balanced. Sometimes you get stuck behind the massive crowd all trying to fit through the same door in Door Dash. Other times your Fruit Chute run is ended by an unfortunately placed banana. There are some minigames that have legitimate issues, but for the most part, the game is just silly fun. No matter your skill level, you will eventually win a game of Fall Guys. Good players will mess up, and you could just get really lucky and grab the Fall Mountain crown while everyone else happened to get smacked by the obstacles and hazards. Fall Guys is not about completely dominating every minigame you play. Fall Guys is about minimizing the chances of failure.

Of course, not every Fall Guys minigame is created equal. Team games can make or break a match, usually resulting in losses more often than not. Some team minigames like Fall Ball are enjoyable, but others like Egg Scramble are incredibly difficult to win if your team is incompetent or starts to drag behind. Fall Guys also doesn’t separate solo players from groups, meaning you could very well be outmatched in the last few rounds. Then there’s the problem of the tail minigames like Tail Tag, which are a great idea on paper but suffer in their execution. The Fall Guys servers have been struggling to keep up with the massive amount of players, and you can really feel it in tail minigames. Sometimes you’ll miss a grab that definitely should have connected, but that’s not as bad as having your tail stolen from an impossible distance because of a poor connection. This is at its worst in the final minigame Royal Fumble, where someone can snatch your tail at the last second from what feels like a mile away in order to secure a victory. Most of the 25 minigame roster is enjoyable, but there are absolutely some games that I could do without. 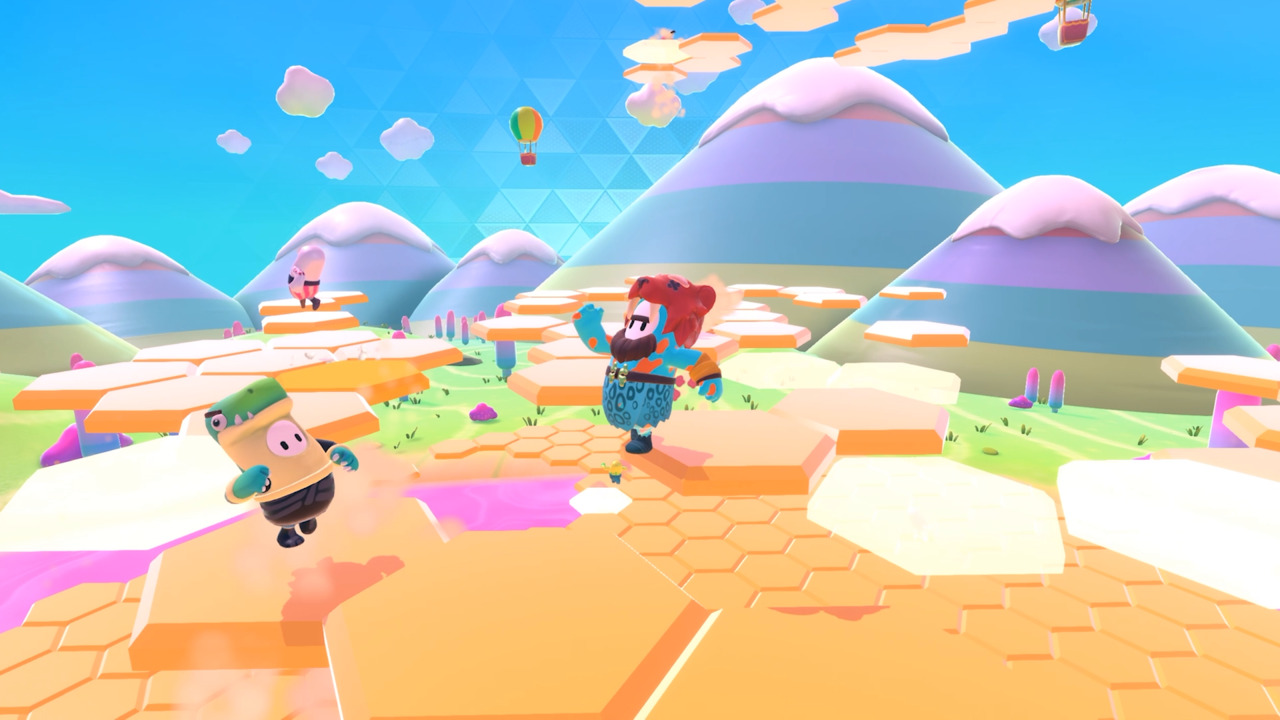 The future of Fall Guys depends entirely on its post-launch support, which has been pretty great so far. Granted, it’s only been a little over a week since the game initially launched, but the developers have been actively communicating with players on a regular basis and the game has already received a new minigame in its first major update. Other minor tweaks have been appreciated as well, such as the reduction in weighting for the aforementioned final minigame Royal Fumble. The game has also been killing it with cosmetics, offering several awesome crossover skins from Half-Life and Hotline Miami. More are likely on the way, and locking them behind the Crown currency is a great way to keep players hooked.

Crowns are brilliant. They’re a rare currency and they give you something to stock up on even if your battle pass is maxed out. Because you cannot purchase Crowns with real money, you have to put in the work to earn cosmetic items that cost Crowns, and certain outfits become status symbols because of it. Everyone can customize their characters to their liking using common Kudos and the battle pass, but Crowns provide a constant goal to work toward even if there’s nothing you want to spend them on at the moment. If more skins like the Hotline Miami and Half-Life costumes roll through the store, you’re going to want to have Crowns saved up to purchase them. Pretty much every costume in Fall Guys is great though, and the fact that Kudos are so easy to come by means you can usually afford everything you want without paying any real money. 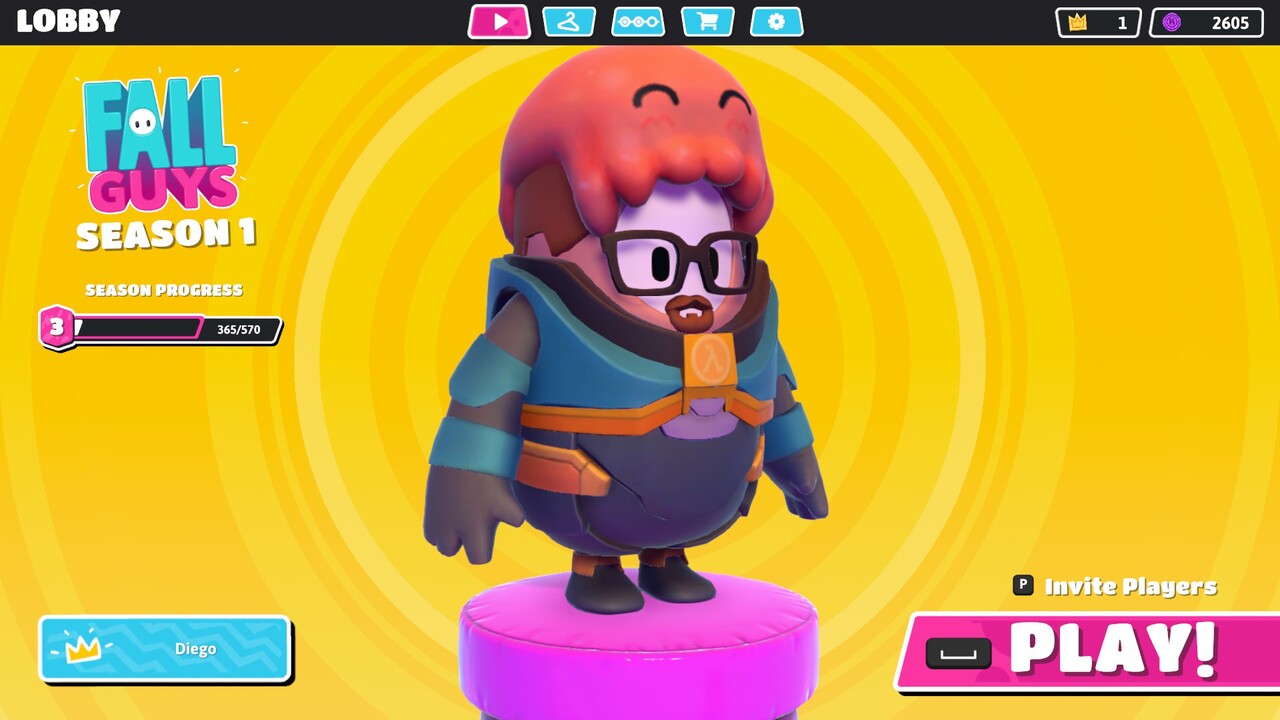 The largest reason why Fall Guys succeeds is its pacing. You can qualify in certain minigames in about a minute or less, and even the most drawn-out of the bunch still wrap up fairly quickly. You can get back to the main menu and queue up for another match in seconds after being eliminated too. There’s very little downtime, and this helps the game remain engaging even during the longest play sessions. This also reduces the headache of the lesser minigames like Egg Scramble and Perfect Match. Even though they’re not great, they’re still over in a minute or two.

Despite server issues and a few tedious minigames, Fall Guys: Ultimate Knockout is an absolute blast to play. Whether you’re in it for the competition or just to have a plain old good time, Fall Guys has you covered. Being able to do well without being the best player in the lobby is a wonderful change of pace from other battle royale games, and the wacky shenanigans and distinct visuals give Fall Guys an identity that is entirely unique. It’s an excellent marriage of party game and battle royale, and I hope there are many more minigames on the way. Fall Guys is 2020’s surprise multiplayer hit.