The latest news in the world of video games at Attack of the Fanboy
October 5th, 2016 by William Schwartz 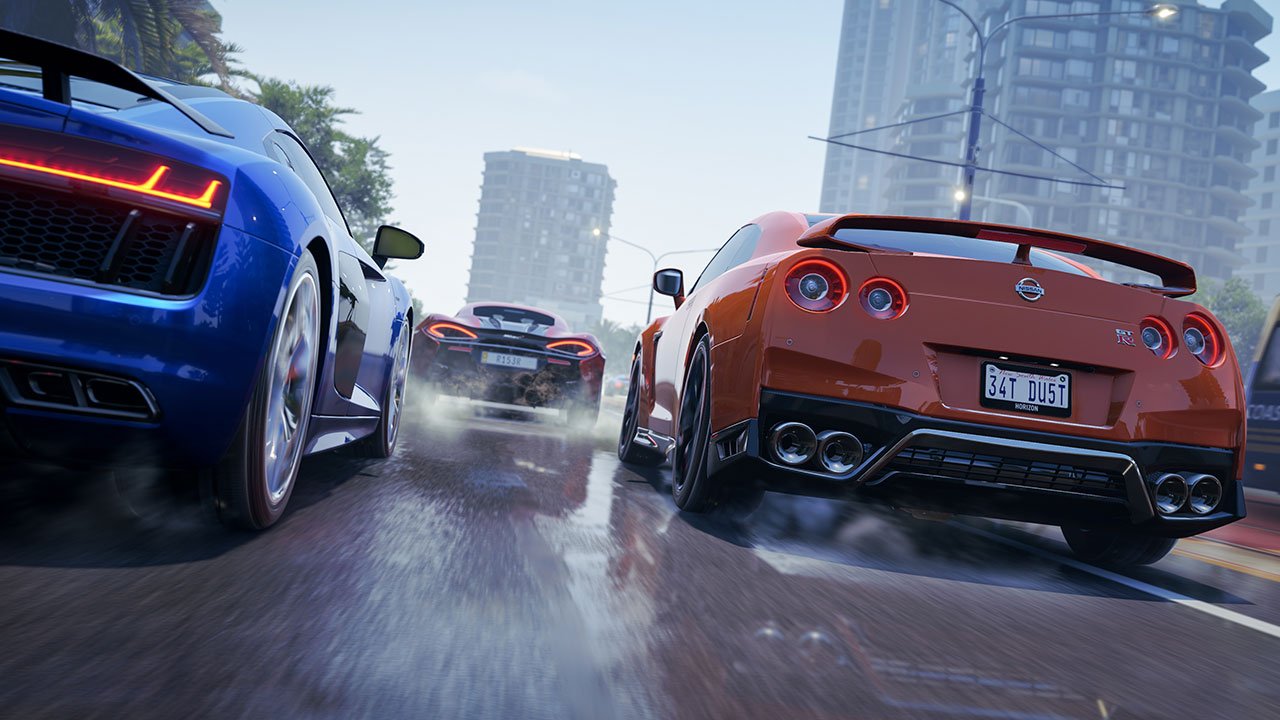 Forza Horizon 3 released just recently as one of the first games to utilize the promotion for Microsoft dubbed the “Play Anywhere” feature.  What this means is that if you purchase certain Microsoft games digitally, you’ll be able to play them across Windows 10 and Xbox One.  Saves carry over, it’s a nice feature that very few people can probably, actually use.  If you’re purchasing a game like Forza Horizon 3 for PC you’re most likely not going to be playing it on your Xbox One.  Regardless, you could.  We did, and this is a review of Forza Horizon 3 on Windows PC.   If you’re looking for our opinion on the gameplay of Forza Horizon 3, I point you to the many features that we “loved” about Forza Horizon in our original review,  This review will mainly talk about performance on PC. 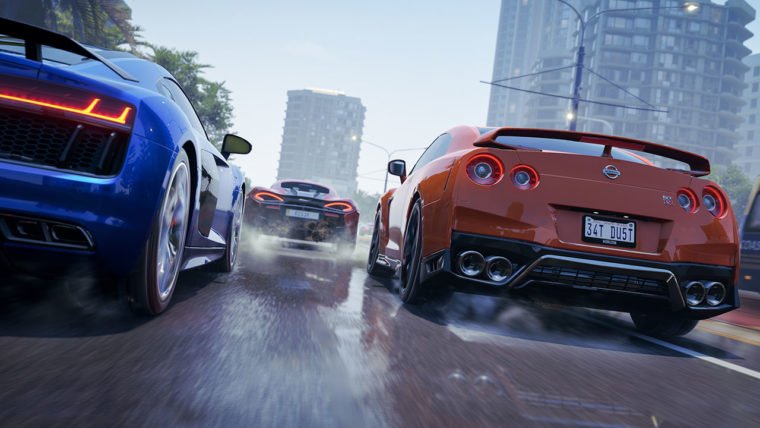 First things first, we tried Forza Horizon on a couple of different GPU configurations, with a 3.6 GHZ i7 processor and 16GB of RAM.  Both GPU configurations were of the Nvidia brand, the GTX 770 and GTX 1080.  It hasn’t been a huge secret that Forza Horizon 3’s PC performance has been hit and miss.  Some people are having great experiences, some aren’t, with Playground Games recently putting out a patch that was supposed to correct some of the hitching that PC players were seeing at launch.  We wanted to hold off on this review, just to make sure this emergency patch wasn’t going to fix the issues that we have with the game on a performance basis.

Let’s start with the lower end of things.  Playing Forza Horizon 3 on a lower-end, aging card, the GTX 770, I was clearly out of my league.  Without knocking down the settings, frame rate, resolution, and all the bells and whistles there was no hope of playing this game.  The 770 isn’t quite comparable with Microsoft’s “Recommended System Requirements” for Forza Horizon 3 so it’s not startling that this was the case.  However, the 770 hasn’t had much problem running games at comparable resolution and framerates of modern consoles (Xbox One & PlayStation 4).  Some contemporary games could even be run with some of the bells and whistles turned up — this was not the case with Forza Horizon 3 on PC.  What we saw on the lower end was that the GTX 770 was going to deliver a bare bones experience on PC for Forza Horizon 3, not an optimal one.  It can run it, but not well.  Certainly not the way it was intended to played, and possibly not even as smoothly as it does on the Xbox One, which the game was likely optimized for. 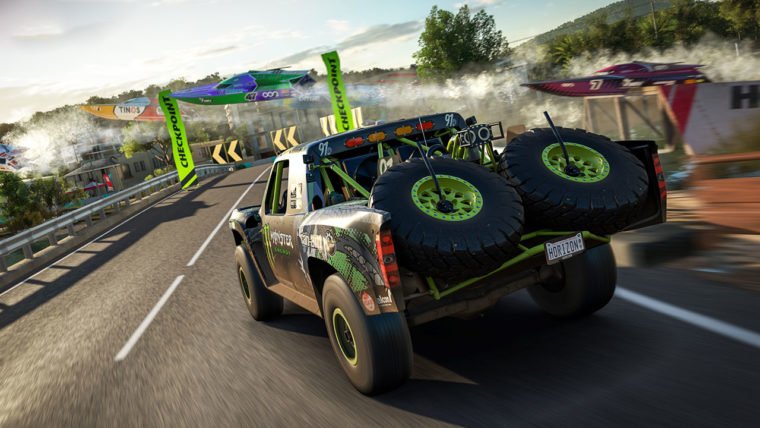 Moving over to the GTX 1080, there was a significant boost in the graphic features for the game that could be dialed up to the maximum.  However, even on this more powerful card and with the patch to fix some framerate issues, 1080p resolution with an unlocked framerate saw performance wildly varying.  1080p 60fps is possible in Forza Horizon 3, it’s just that it’s very inconsistent.  Depending on certain factors in the game, you could see the framerate dipping from well above 60 down into the 30’s and back again… constantly.  No matter which bells and whistles were turned off and on, this unlocked framerate saw plenty of variation.  It’s pretty clear that Forza Horizon 3 is meant to be played with it locked at 30fps.

Of course, a solid 1080p 60fps should be attainable with this hardware set-up, something that’s certainly at least at par with upcoming consoles from Sony and Microsoft.  1080p 60fps was hit and miss, but what was most interesting was that when we turned the resolution dial up to 4K, we saw the same exact thing — A game that was playable with an unlocked frame rate, but that saw said frame rate all over the place.  Both resolutions look amazing with the graphics dial turned up, but for the best, most consistent visual experience we ended up retreating to 30 frames per second and enjoying the game a hell of a lot more in both 1080 and 4K.  More specifically 4K. 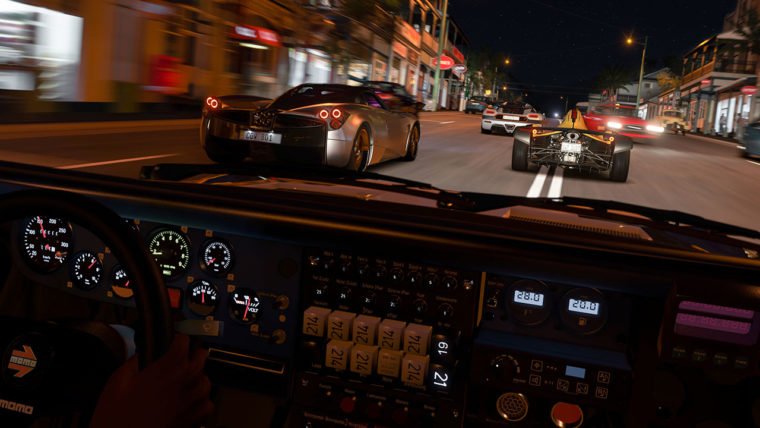 Forza Horizon 3 looks amazing in 4K and it could be a good indicator of what Microsoft’s shooting for with its upcoming “Scorpio” hardware.  This would certainly feel like a huge generational leap and worth a console upgrade.  We’ll have to wait and see, as they’ve yet to announce the specs their new console will have.  If it’s indeed something that can produce visuals and performance at the cost of frame rate, most won’t notice.. it looks that good and plays smoothly.  It’s also on a $700 dollar video card, a $300 CPU and more.  Whether Microsoft will be able to stuff that into a box at a reasonable price is still unknown.  Back to the PC, the 4K resolution, graphics knobs turned up, and locked frame rate led to amazing results.  A game already praised for its visuals on the Xbox One console, this higher resolution version of the game with tacked on graphics modifiers was very impressive to say the very least.  Looking at Forza Horizon 3 in 4K felt like a glimpse into what the future could hold for Xbox console players.  Microsoft’s vision for delivering true 4K gaming is still unclear, but that’s the promise they made back at E3 last year.  It’s not hard to see a situation where they get there on the new console, giving players this type of experience.  However, for PC players, Forza Horizon 3 is somewhat bittersweet.  If that varying frame rate could just lock at 60 this game would be an even greater marvel.  Hopefully, Playground Games has another patch up their sleeve to further remedy the issues.

Forza Horizon 3 is a stunner on PC given that you’ve got the right hardware.  Those with older graphics cards or outdated CPUs will have trouble getting the most out of this game.  Even those that have the very best cards on the market are still going to have some issues.  However, if you can sacrifice an unlocked framerate for the locked 30fps option, Forza Horizon 3 on PC is one of the very best looking racing games on PC to date.