The latest news in the world of video games at Attack of the Fanboy
March 13th, 2018 by Kyle Hanson 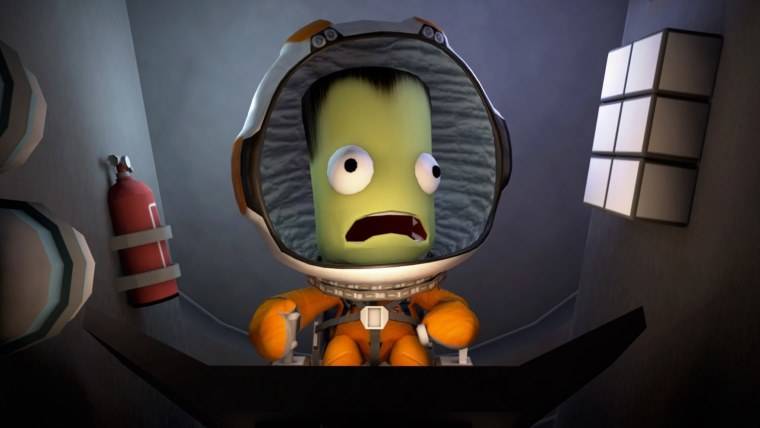 Kerbal Space Program was one of the early success stories of the Early Access program. First arriving in 2011, the game wasn’t officially finished until 2015. Over those years the game grew from what was already a great experience into a truly fantastic one. Offering totally unique gameplay with just the right mixture of seriousness and fun, Kerbal Space Program is still a game that is worth coming back to on PC, over and over again. And now there’s an even better reason to come back, or just keep playing it if you’re one of the thousands of die hard players. KSP just got its first big expansion with Kerbal Space Program: Making History Expansion. It’s not a perfect set of DLC, but it’s solid enough to be worth checking out for fans of the game.

Kerbal Space Program, in case you’ve never played the base game, offers players a giant, solar system sized sandbox to mess around in. Using various pieces you’ll construct your rocket (or plane, if that’s your thing), and fire it off into space to perform scientific research or just build up a functional space program from the ground up. The game added in a campaign of sorts before going into its full release, which helps players integrate themselves into the distinct world of Kerbal. There’s still high hurdles to clear to get into the real gameplay experience though, with players spending a huge chunk of time just figuring out how everything works and how to even get off the ground (literally). 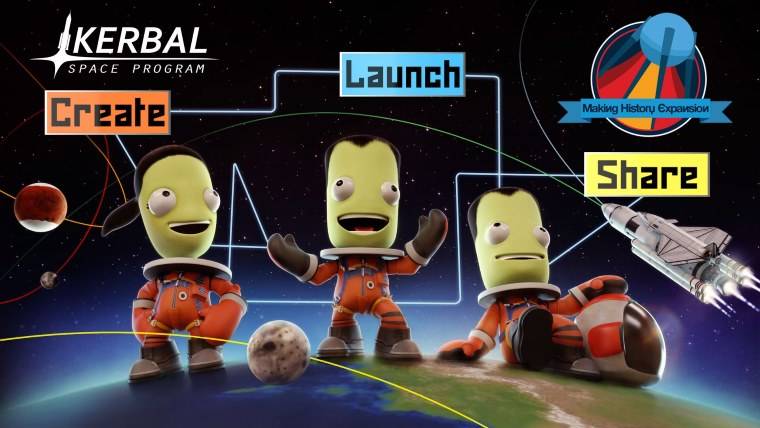 Once you do put the effort in you’ll find an exceptionally rewarding game. Firing off rockets is endlessly exciting and fun, but it’s the deeper mechanics that bring this into a realm like few other games. Want to set up a refueling station around Kerbin (the Kerbal’s home planet)? Do it. Want to launch a satellite around the fourth planet from the sun? You can do that. The more time you put in, the more you get out of Kerbal Space Program, which means a new expansion is a huge deal for the game’s longtime fans.

That’s where the Kerbal Space Program: Making History Expansion comes in, and it’s clear that this DLC was aimed at both old players and new alike. For those who’ve put hundreds of hours into KSP, there’s a bunch of new items and a very nice mission builder, which I’ll get into more later. But as someone who put a few dozen hours into Kerbal then backed away, I was looking at this more from the angle of a newer player, or one who is returning after a long time away.

Here is where Making History has a lot of potential, though it doesn’t deliver on all of it. The theme of this DLC is taking actual space program history and putting it into the world of Kerbal Space Program. This is done via a set of missions that are crafted around various real-world history, such as the Apollo 11 launch, while others are more out there, like on that seems crafted more after the film Gravity than anything out of actual space program history.

Each of the contained missions gives players something new to do, if they haven’t already explored the whole Kerbin system yet. It’s also nice to have set out goals, rather than the open sandbox style of the main game. Coming back to the game like I did, I was hoping these missions would offer more help in overcoming the massive difficulty curve present throughout Kerbal Space Program. While it’s certainly a step in the right direction, it wasn’t all it could have been in terms of helping players acclimate to the complex game. 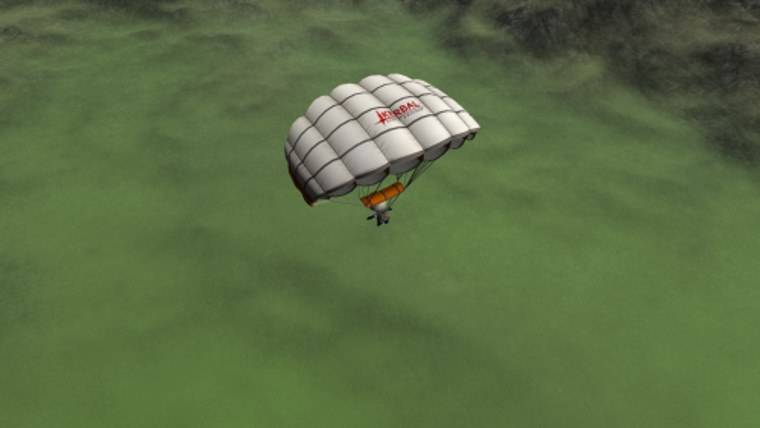 The big benefit to the missions, in terms of new or returning players, is that they slowly ramp up in terms of complexity. You start by just firing off a rocket and landing, then you can perform some EVA maneuvers, and later you’ll be launching into the outer parts of the system. Along the way you’ll only have available parts that help with the mission, which really helps with the overwhelming feelings you can get in the sandbox mode, or even the campaign where parts are unlocked in bundles.

The issue, which will not be a problem if you’ve continued your addiction to Kerbal, is that there’s little instruction given on the more basic elements of the game, which can actually be rather complicated. Launching a rocket is pretty much the most simple part of the game, yet the mission around it requires you to know that you can drop the fuel level, despite the game not pointing this out in any way. Combine this with even more complex objectives later and you have a recipe for annoyance, though it’s an annoyance that diminishes as you learn or refresh yourself on how the game works.

What doesn’t get better are the obtuse mission briefings and some minor spelling/grammar issues in the text. Overall the missions are fun and give you some things to accomplish, with timing and scoring elements that will bring in more skilled players. This set of missions won’t be a major selling point for longtime fans though, and will just serve as a nice intro for newer players. The core of this DLC that really makes it worthwhile is what the missions are built with.

Yes, Kerbal Space Program: Making History features a full and robust mission editor, with which players can craft their own adventures and share them with the world. This could become a huge part of KSP going forward, and its potential is really high. The editor is just as complex as the game itself, meaning the Kerbal Space Program veterans will surely pick it apart and make it do some truly impressive things.

But that is just potential at this point, so if you’re really looking at whether Making History is for you the answer would come in how much patience you have, how much you think you’ll enjoy the provided missions, and how much you need the added items. These last things expand the already massive inventory found throughout KSP. True die hards will surely enjoy the new stuff, but newcomers won’t really find them useful until much later in their playtime.

Kerbal Space Program: Making History Expansion is a decent first expansion to the fantastic and expansive game. Offering something for everyone, the DLC provides a set of interesting, but not totally satisfying missions, some new items for the whole of the game, and a mission builder that could become a huge focus of the community going forward.